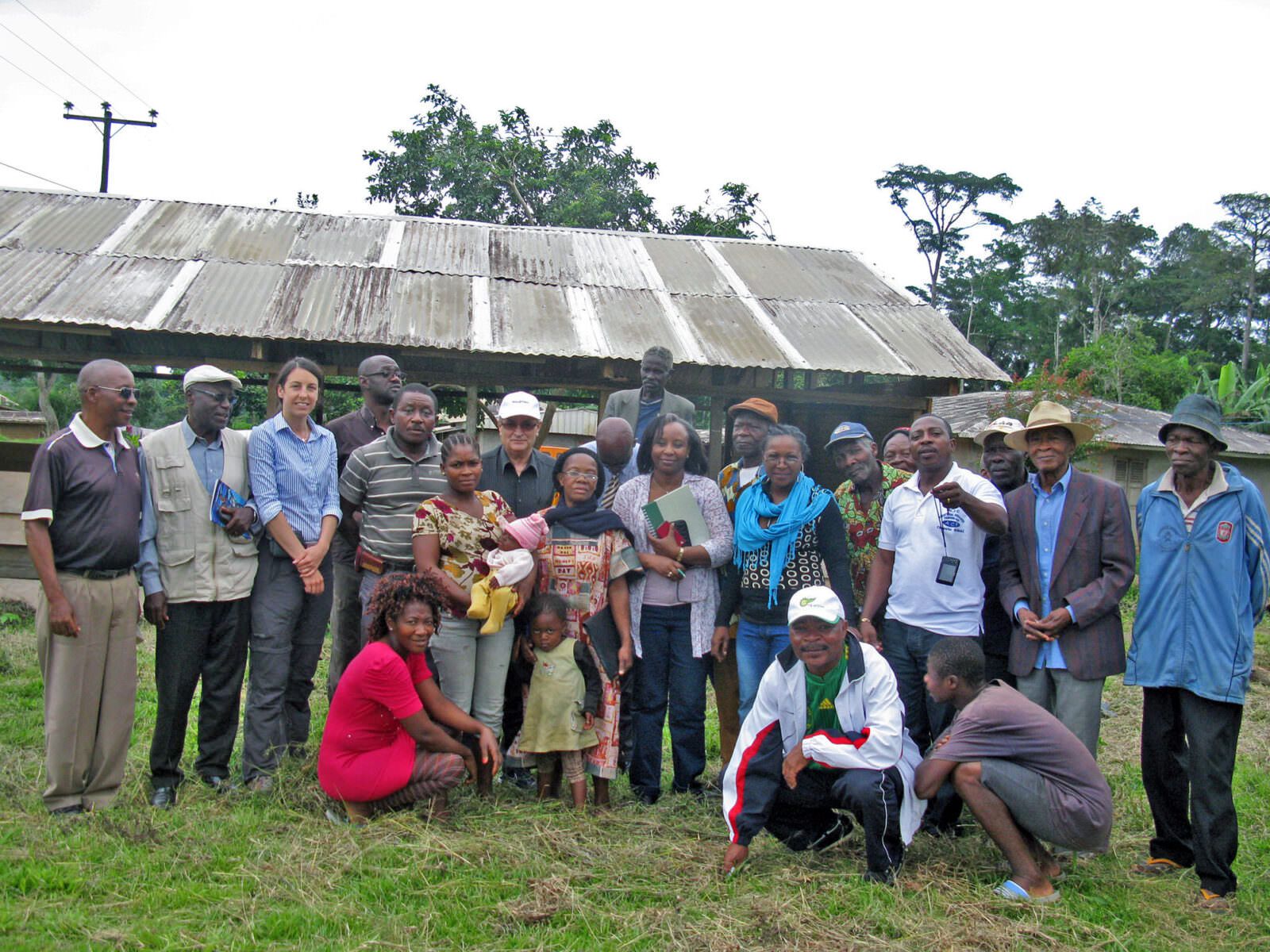 Second only to the Amazon in size, the Congo Basin’s vast and still largely intact expanse of tropical rainforest spans eight countries and represents 90 percent of Africa’s remaining tropical forest. It is an area of stunning biodiversity filled with approximately 10,000 species of tropical plants (nearly a third of which are endemic), 400 species of mammals, and 1,000 species of birds. These include an array of endangered wildlife, such as lowland and mountain gorillas, chimpanzees, drill, bonobos, and forest elephants.

For tens of thousands of years, these forests have also supported the livelihoods of millions of people. Today, the human population of the Congo Basin is approximately 30 million, including more than 150 ethnic groups. Like most forest-dependent groups, these communities have a tremendous knowledge of biodiversity, and their harvesting of forest products for consumption and/or trade generates critical household income and provides them with an opportunity for sustainable economic growth.

Although overall deforestation rates in the region are still lower than they are in parts of the Amazon and Southeast Asia, deforestation has accelerated over the past few years, driven mainly by the establishment of large-scale agricultural and mining operations. With the aid of government agencies, large firms have been seizing swaths of land in forest areas that were traditionally under ancestral tenure and rapidly converting them to mono-crop rubber and oil palm plantations.

“Deforestation and forest degradation are the biggest threats to the health of the Congo Basin, including Cameroon, as forests store large amounts of carbon and provide essential ecosystem services such as biodiversity conservation, the regulation of the water cycle and the provision of wildlife habitats,” says Corinne Moser, the Rainforest Alliance’s senior manager of landscapes and livelihoods in the Congo Basin.

Yet even as the Congo Basin and other tropical forests around the world face mounting threats, a promising alternative has begun to emerge: the devolution of forest management to local communities. In Africa, this approach is still in its nascent stages, but there is one country where community forestry has already shown significant potential as a tool for conserving forests and promoting sustainable local development.

More than any other country in the Congo Basin, Cameroon has allowed community forests to be established in high-biodiversity natural forests.

Since 1994, Cameroon has recognized 267 community forests, which collectively cover an area of about 2.47 million acres (1 million ha). Although the community forestry model has been in use in Cameroon for more than 20 years, its adoption has been slowed by the limited capacity of local communities to comply with complicated regulations, operate competitive enterprises, and access markets for sustainable forest products. Addressing these needs has been the focus of the Rainforest Alliance’s efforts to foster community forest enterprise (CFE) around the globe.

We work with CFEs across the tropics to help them develop sustainable forest management plans, apply best forestry practices in the field, build their administrative capacities, invest in strategies to increase the value of their products, and penetrate premium markets for wood and other forest products. We have applied this approach in Cameroon, focusing on two clusters of community forests that border protected areas in the country’s southern region—one cluster that’s adjacent to the CampoMa’an National Park and another that’s near the Dja Biosphere Reserve. Both protected areas harbor an array of endangered species, such as the lowland gorilla, African forest elephant, western chimpanzee and Grey-necked Picathartes.

Our work has benefited 12 communities that are home to a total of approximately 10,000 individuals. With the cooperation of two local NGOs, we have collaborated with these communities to lay the groundwork for the harvest of timber and non-timber forest products, while strengthening their internal governance and enabling them to operate in a competitive market environment. We have also facilitated the establishment of four local community-owned forest enterprises as tools for pooling investments in equipment and social infrastructure. This increases the local communities’ negotiating power and access to markets.

Reaping the rewards of community forestry

As a result of our support, these communities have approved management plans that cover a total of 74,000 acres (30,000 ha) and forged business alliances with buyers. Nine communities have signed sales contracts—a milestone for community forest enterprise in the region.

We have also worked with these communities to diversify into non-timber forest products that fetch higher prices, such as mangoes that are made into pastes and nuts that are processed into oil and body soaps. These activities directly involve about 200 people and provide substantial economic benefits to women and indigenous households.

Income from the sale of timber has doubled, and among those communities that have taken control of forest harvesting, revenues have increased more than five-fold, a tremendous improvement that lays the foundation for further investment in CFE development. Moreover, the collective marketing of wild mango has increased sales earnings by an average of more than 75 percent.

These preliminary results are promising. The success of the Rainforest Alliance’s work in Cameroon demonstrates that sustainable community forestry can support healthy forest economies. “Our collaboration with the local NGOs is invaluable to the work we do within these communities, and we look forward to working with them to strengthen our efforts to defend this important forestland.”