Filed Under: In the Field  |  Tagged: Maya Biosphere Reserve, Guatemala
Last updated May 30, 2019 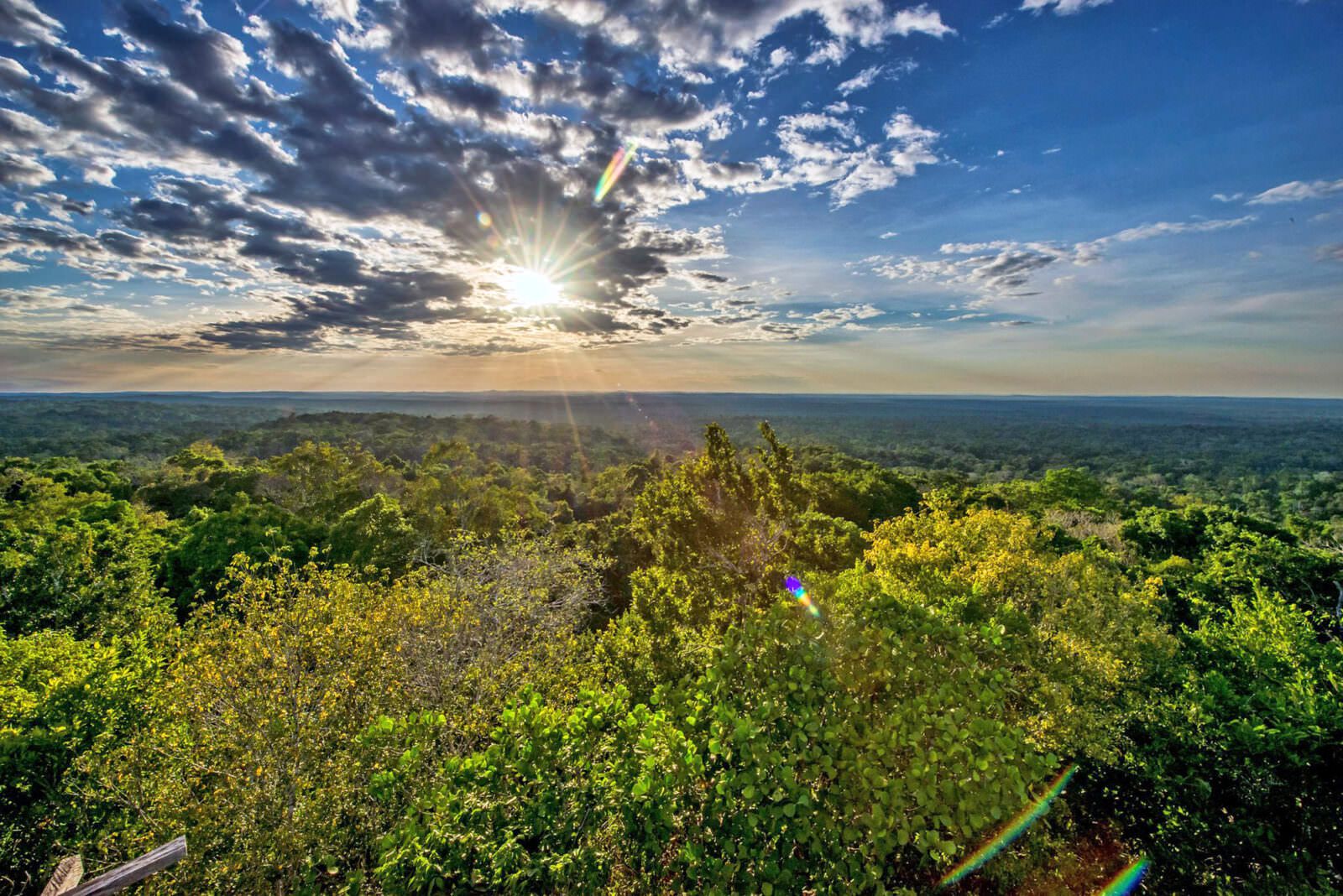 Everyone knows that paying down debt isn’t easy—and the bigger the debt, the longer it takes to pay off. Sadly, Guatemala’s Maya forest carries a massive debt to nature: unchecked forest fires, land degradation linked to narcotrafficking, and poor land management have led to devastating levels of deforestation. Getting out of the hole—restoring forests—can take many years.

But incredibly, local communities in the eastern part of northern Guatemala’s Maya Biosphere Reserve (MBR) have done exactly that, according to a new report authored by USAID, CONAP (Consejo Nacional de Areas Protegidas), Wildlife Conservation Society, and others. This recent report, published with the support of USAID and USDOI/ITAP, states that in 2017, for the first time since data collection began in 2000, net forest gain was found, with a total of 1,088 hectares restored.

This landmark accomplishment is part of an even more impressive story: In the middle of the forest, in extremely challenging conditions, communities have created thriving forest businesses that create jobs, lift their neighbors out of poverty, and enable them to protect and restore forests. More than 34 percent of the forest recovery noted in the report was found within five community forest concessions (communities who’ve been granted the right to live from their land, as long as they do so sustainably).

USAID’s Climate, Nature and Communities in Guatemala (CNCG), an initiative led by the Rainforest Alliance in partnership with Association of Forest Communities of Petén (ACOFOP), supported these concessions in managing nearly 17 percent of the MBR’s 2.1 million hectares. In the last six years, the concessions’ sustainable forestry businesses generated more than 6,940 jobs, sold close to US $50 million, and maintained a near-zero rate of deforestation—a remarkable feat given that neighboring areas suffer deforestation levels up to 20 times higher. A recent sister study also shows that many concession families have risen out of poverty, and almost none depend on financial help from relatives and friends living abroad, suggesting that robust businesses and healthy forests can reduce migration, which in turn lets families and communities stay together and flourish.

One concession that reported net forest recovery is Asociación Forestal Integral Cruce a La Colorada (AFICC), located in San Andrés, Petén. Its president, a widowed mother of four named Felisa Navas, attributes her successful two terms as leader to the technical support she received from partner organizations. When she took on the role, AFICC was in danger of losing its concession status because of poor management, but she says “we worked with other members and institutions that helped us. We paid our debts and started to organize better.” In 2015, CNCG provided legal support to secure the concession’s legal status as well as technical assistance in better forestry management. As a result, between 2014 and 2017, AFICC earned more than US $850,000 on forest products, quadrupled its membership, and created 212 jobs. Furthermore, the new report found that AFICC recovered 42 previously illegally appropriated hectares, and net forest gain was found on 76 hectares.

The MBR’s community concessions could not better illustrate the connection between thriving, self-directed, sustainable local economies and healthy forests. As the concessions prove, not only do local communities successfully protect forests when they are able to use their land sustainably, they also regenerate forests—helping to reduce a debt to nature that will allow all of us to breathe a little easier.