Working with the Wamaní People to Reforest the Ecuadorian Amazon 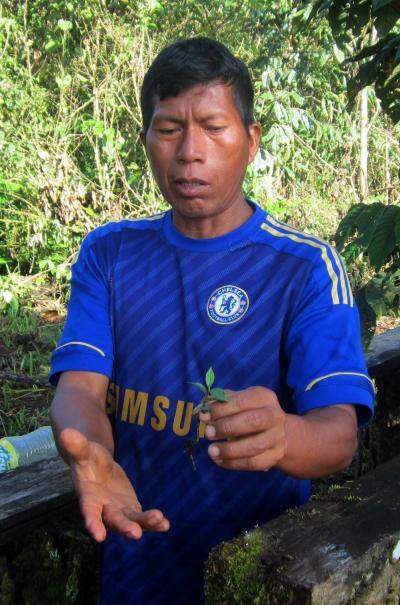 In theory, rainforest communities like Wamaní, in Ecuador’s northeastern Napo province in the Andean Amazon, should have been obvious beneficiaries of the Ecuador’s national reforestation plan. Launched in 2013, the ambitious program set out to develop Ecuador’s domestic timber industry by providing economic incentives to smallholders and communities for reforesting degraded areas.

But certain aspects of the plan made it impractical, if not impossible, for Amazonian communities like Wamaní to participate. For one thing, the national policy did not integrate agricultural production into its planning, focusing instead on commercial forestry. In recent years, however, the people of Wamaní had come to rely heavily on agricultural production (specifically the cultivation of the naranjilla fruit) for their livelihoods. In addition, it was unknown whether the species specified by the program could even grow in the area around Wamaní.

The Rainforest Alliance bridged the gap by developing Net-Zero Deforestation Zones, a USAID-funded project that adapts the national policy for indigenous Amazon groups. First, we partnered with Amazon State University and the Wamaní community to identify two native tree species that could be used for the reforestation efforts, laurel and chuncho. Together, we developed a cultivation plan that allowed the community to continue to cultivate naranjilla alongside newly planted saplings; the naranjilla will eventually be phased out once the native trees mature.

After the national government approved the adapted plan, the Rainforest Alliance helped 240 people in Wamaní access the program, as well as the support that comes with it. After the first year, 60 additional hectares of land will be reforested per year, creating carbon sinks to mitigate climate change, supporting wildlife, and generating new revenue streams for the community.

For his part, Wamaní participant Wilson Salazar appreciates that the Rainforest Alliance put the tools to create a sustainable future in his community’s hands. “This model is really interesting, since by involving young people from the start—and by giving them the chance to put into practice what they learn—we’re developing skills and know-how that stay within our community.