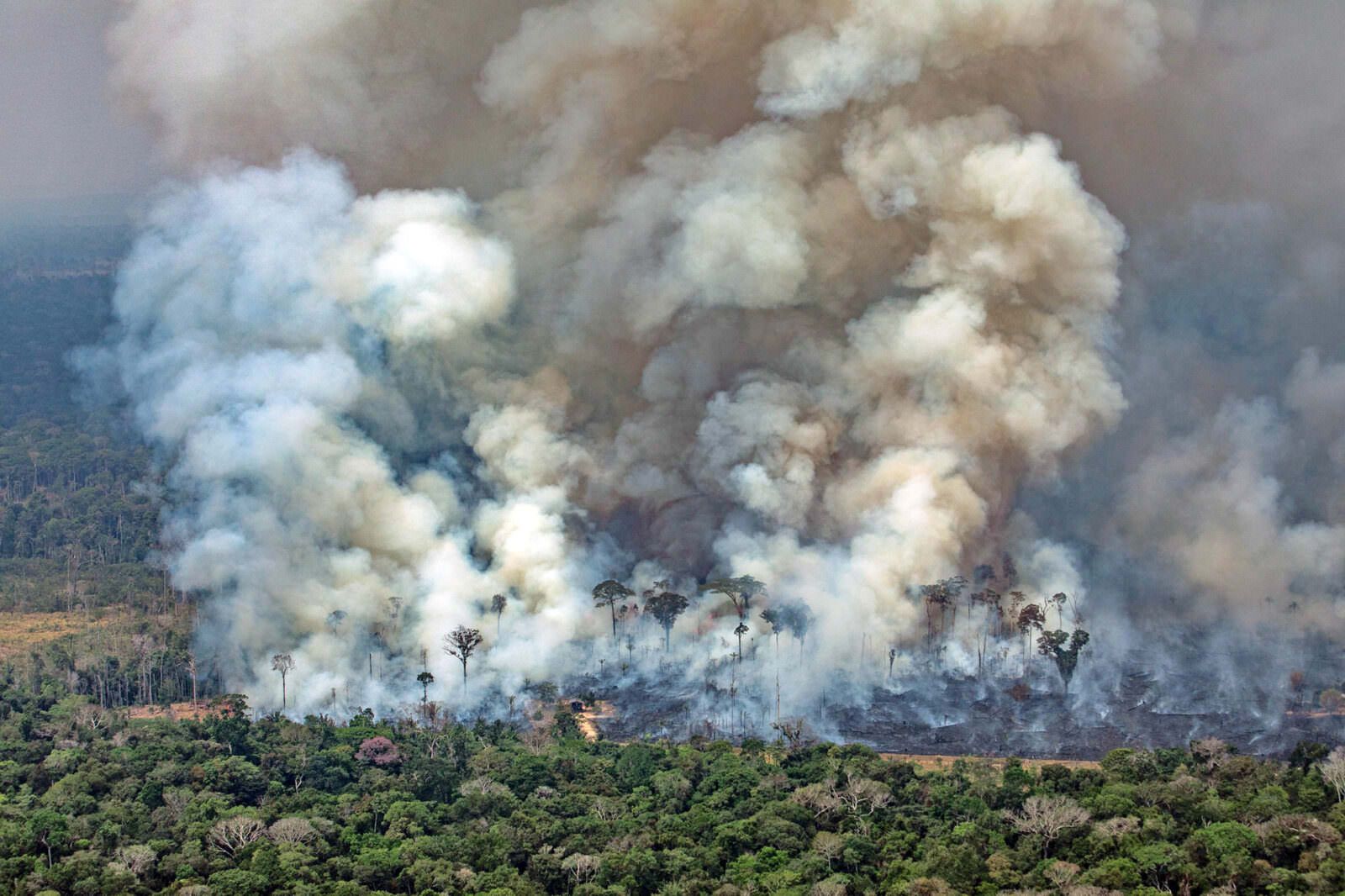 Scanning the news in September was terrifying. It seemed like the entire world was ablaze: Brazil, Colorado, Oregon, Washington, California—all burning. California alone lost more than four million acres in what has turned out to be the state’s worst fire season on record. These fires upended thousands of lives—tragically taking some of them—and destroyed land, homes, and livelihoods.

Climate change certainly plays a role in California’s disaster, but to an extent fire has always been part of the ecosystem here: The western US has a largely arid, Mediterranean climate.

But one place where fires shouldn’t be raging? The Amazon rainforest. It receives well north of 100 inches of rainfall a year. Yet between January and September of 2020, 6,231,100 hectares of Brazilian Amazon burned—more than during the same period of 2019, which was widely regarded as catastrophic. Some of the world’s most biologically rich forests—literally teeming with unique plants and animals—went up in smoke.

Fires of this scale in the world’s largest tropical rainforest should signal to all of us that something is very wrong—that in fact, a lot of things are terribly wrong.

Brazil’s national government encourages deforestation and defunds the agencies that protect forests and the Indigenous people who steward them. Fire often follows deforestation. Irresponsible big companies tacitly enable fires by purchasing soy, beef, and other staples that were produced on land where rainforest was cleared. Frontline communities, desperate to beat back fire, struggle to access the resources, equipment, and know-how they need to protect their forests.

What’s the Amazon end game if we don’t change? Scientists say we are approaching an ecosystem tipping point, after which the Amazon forests will gradually convert to grasslands. Take away the Amazon rainforest and what do you get? A hotter world. More fires in Brazil. More fires in California, Colorado, and Australia. More fires everywhere.

“Fires of this scale in the world’s largest tropical rainforest should signal to all of us that something is very wrong—that in fact, a lot of things are terribly wrong.”

A healthy planet requires a healthy Amazon—one free of widespread, manmade fires. Working in alliance with partners in Brazil and around the world, we are:

These solutions work. But to rise to the scale of today’s challenge, more support, more partnerships, more commitment is needed.

The last two years have shown us just how interconnected we all are, with megafires in one corner of the world helping to set conditions for megafires in another. September’s images of a fiery-orange, smoke-choked sky over San Francisco, USA, are nearly indistinguishable from images of Sao Paolo, Brazil’s skies last year.

Brazil, California—it doesn’t matter where you are. We’re all in this together. Now let’s move forward, together, toward a better future—one with a healthier Amazon and a healthier planet.