Home » Insights » What is the Relationship Between Deforestation And Climate Change?

What is the Relationship Between Deforestation And Climate Change? 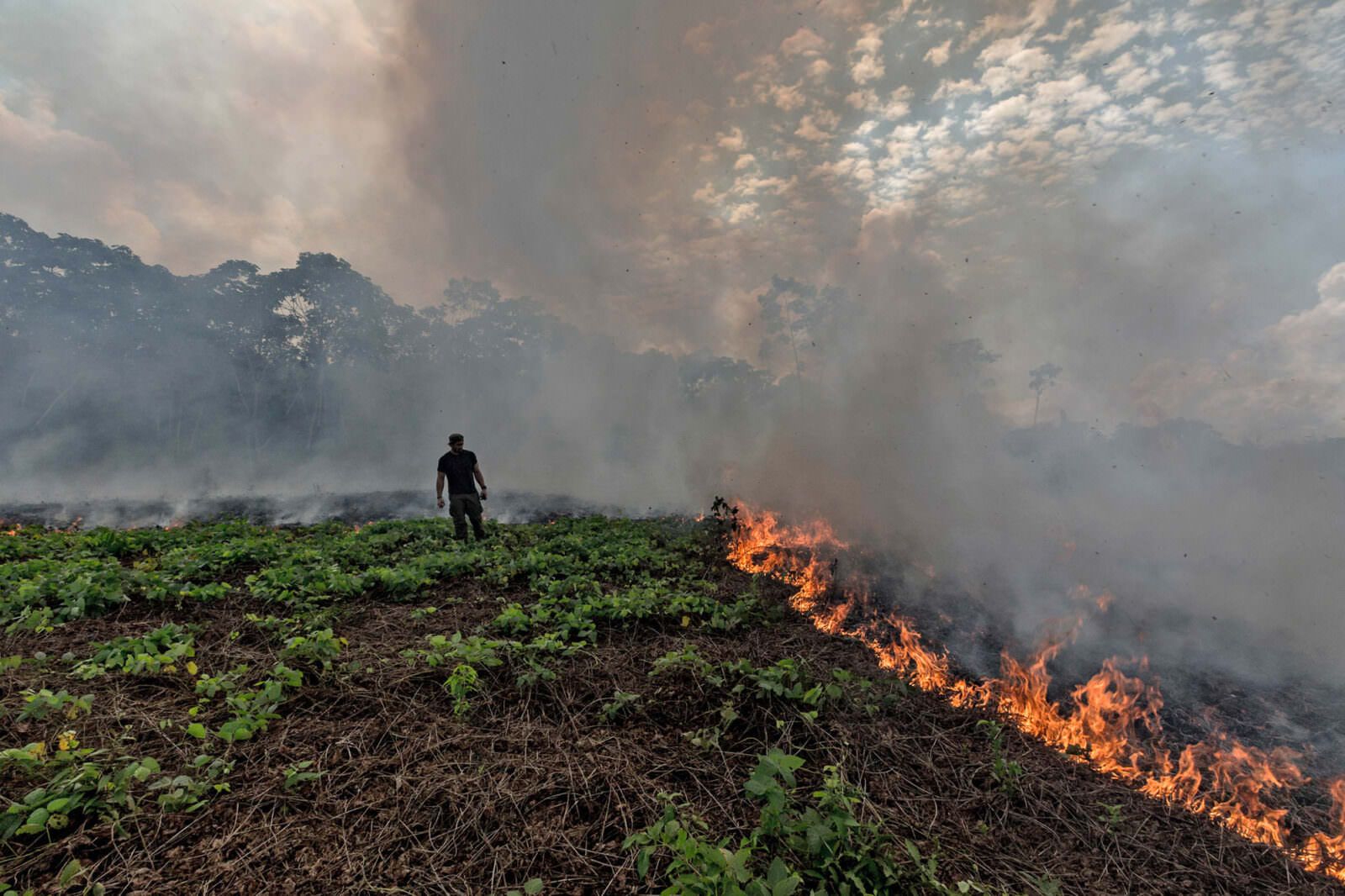 What, exactly, is the relationship between deforestation and climate change? The Rainforest Alliance breaks down the numbers for you—and explains our innovative approach to keeping forests standing.

Among the many gifts forests give us is one we desperately need: help with slowing climate change. Trees capture greenhouse gases (GHGs) like carbon dioxide, preventing them from accumulating in the atmosphere and warming our planet.

When we clear forests, we’re not only knocking out our best ally in capturing the staggering amount of GHGs we humans create (which we do primarily by burning fossil fuels at energy facilities, and of course, in cars, planes, and trains). We’re also creating emissions by cutting down trees: when trees are felled, they release into the atmosphere all the carbon they’ve been storing. What the deforesters do with the felled trees—either leaving them to rot on the forest floor or burning them—creates further emissions. All told, deforestation on its own causes about 10 percent of worldwide emissions.

Knowing that deforestation robs us of a crucial weapon in the battle against climate change—and creates further emissions—why on Earth would anyone clear a forest? The main reason is agriculture. The world’s exploding population has made it profitable for big business to raze forests so it can plant mega crops like soy and oil palm; meanwhile, on a much, much smaller scale, subsistence farmers often clear trees so they can plant crops to feed their families and bring in small amounts of cash.

But there’s a tragic irony to clearing rainforests for agriculture: their underlying soils are extremely poor. All the nutrient-richness is locked up in the forests themselves, so once they are burned and the nutrients from their ashes are used up, farmers are left with utterly useless soil. So on they go to the next patch of forest: raze, plant, deplete, repeat. All told, agriculture is responsible for at least 80 percent of tropical deforestation.

Not surprisingly, agriculture causes emissions, too—in fact, farm emissions are second only to those of the energy sector in the dubious contest for the emissions title. In 2011, farms were responsible for about 13 percent of total global emissions. Most farm-related emissions come in the form of methane (cattle belching) and nitrous oxide (from fertilizers and the like).

All told, deforestation causes a triple-whammy of global warming:

Our accounting of the ugly impacts of deforestation only considers emissions and doesn’t even touched on how the lives and traditions of forest communities are ruined when forests are razed, or how many species of plants and animals are lost, upsetting the delicate balance of ecosystems. The uptick in mosquito-borne diseases, for example, or the rapid spread of roya, an insidious plant disease that threatens our supply of coffee are all indirect consequences of deforestation and global warming.

There’s no doubt about it: the best thing we can do to fight climate change is keep forests standing. Yet the need to feed a rapidly growing global population—projected to reach 9 billion by 2050—is urgent. That’s why the Rainforest Alliance works with farmers to advance a variety of strategies, such as crop intensification (growing more food on less land), and with traditional forest-dwellers to develop livelihoods that don’t hurt forests or ecosystems. We stand more of a chance in this fight with forests standing strong.