Home » In the Field » Towards Integrated Community Forest Enterprise in Chihuahua, Mexico 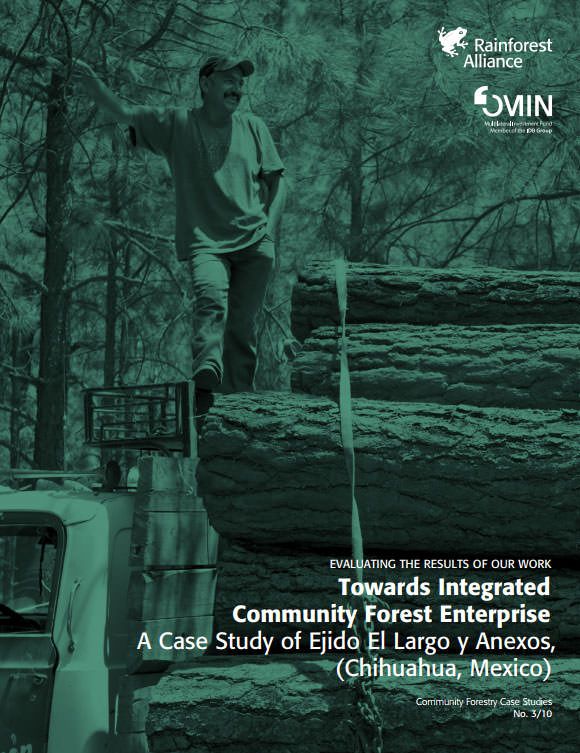 Mexico has what is probably the most advanced community forestry sector on earth. More than 60 percent of the nation’s forestland is owned by rural communities. This is largely the legacy of agrarian reform born out of the Mexican Revolution and implemented in successive waves during the 20th century. Although many groups have held de jure ownership of their forests for 60 or 70 years, it is only over the past three decades that forest communities have come to exercise full control over their forests. They have transitioned from concession arrangements with large timber firms—where both decision making power and benefits were limited—and have worked to develop their own community forest enterprises (CFE).

About 3,000 communities in the country currently have a forest management plan in place, and around 35 percent of those communities take some active role in forest planning, harvesting, or operations. A smaller number, perhaps 500, have some capacity to log, mill, and/or market their own forest products. A rather small group of between 60-100 CFEs have achieved vertically-integrated operations, and control all aspects of forestry planning, operations, processing, and marketing of a diversity of products, including value-added finished products.

This case study profiles Mexico’s largest community forestry operation, the Ejido El Largo y Anexos. Located in the northwestern part of the state of Chihuahua, the ejido covers 261,460 hectares, more than 250,000 ha of which is forested. The scale of its operation is far larger than any other in Mexico, and dwarfs the vast majority of community forests globally. El Largo has an annual allowable cut (AAC) of over 315,000 m3, which represents about 28 percent of total timber production in the state of Chihuahua and 4.6 percent of Mexico’s national production. To process the harvest, the ejido operates 10 sawmills. In an average year it employs more than 2,600 people. By many measures it is probably the world’s largest CFE.

Yet El Largo faces challenges that would be familiar to any small community-run forestry operation. Discontinuity with leadership, outdated machinery, and infrastructure that creates inefficiencies, weak administrative capacity, lack of access to finance, and poor penetration of preferred markets have all stood in the way of the El Largo CFE achieving even greater benefits for its community members. This case study describes El Largo’s CFE operations and challenges, tracing the process of articulating a long-range enterprise vision for integrated forestry development, and documenting some preliminary outcomes of the implementation of a new forestry development plan.

The core finding of this study is that even very large and complicated CFEs can organize to articulate an enterprise vision that can attract finance, which in turn can yield tangible improvements over the near term. However, it is also clear that, operating within the governance structure of CFEs, transformative change takes time and is an iterative process, requiring the kind of long-term support that transcends local leadership and larger political changes, as well as the project cycle.