Contrary to popular belief, banana plants are not trees but giant herbs, which reach their full height of between 10 and 20 feet after only a year. Every banana blossom develops into a fruit, which is ripe enough for consumption after about three or four months. After producing fruit, the plants’ stems die off, and are replaced by new growth. The number of bananas produced by each plant varies. However, ten or more bananas growing together forms a “hand.” Banana stems have on average 150 “fingers” and weigh nearly 100 pounds. The trunks of banana plants are not woody but composed of sheets of overlapping leaves wrapped tightly around one another, a design feature that enables them to conserve water. Because banana plants are approximately 93 percent water, even moderate winds can knock them down and destroy entire plantations.

Bananas are indigenous to the tropical portions of India, Southeast Asia and northern Australia, and were brought to South America by the Portuguese in the early 16th century. Today, banana plants grow in the humid, tropical regions of Central and South America, Africa, and Southeast Asia where there are high temperatures and rainfall. Modern agricultural technologies also enable people to cultivate banana plants in non-tropical regions such as California in the United States.

Grown in every humid, tropical region on Earth, bananas are the fourth largest fruit crop in the entire world and the most popular fruit in the United States. In Central and South America, bananas are vital to the economy. Most bananas sold in the United States originated there. Banana leaves are used worldwide as cooking materials, plates, umbrellas, seat pads for benches, fishing lines, clothing fabric, and soles for inexpensive shoes.

For much of its history, the banana industry was notorious for environmentally destructive and socially irresponsible farming practices. As companies attempted to keep production high and costs low, they tended to cultivate only single crops in their plantations. The lack of biodiversity made the plants susceptible to disease, which farm managers controlled using frequent applications of pesticides that would leak into drinking water, pollute irrigation canals, and endanger the health of workers, their families, and communities. In 1991, the Rainforest Alliance, along with local nonprofit organizations, scientists, and farmers established the first standards for responsible banana production. Rainforest Alliance Certified farms meet a rigorous set of standards that protect wildlands, wildlife, soil, and water, reduce agrochemical use, and improve the quality of life for farm workers and their families. The environment and the communities surrounding Rainforest Alliance Certified banana plantations benefit from both on-farm improvements and off-farm recognition, setting the pace for the rest of the banana sector. 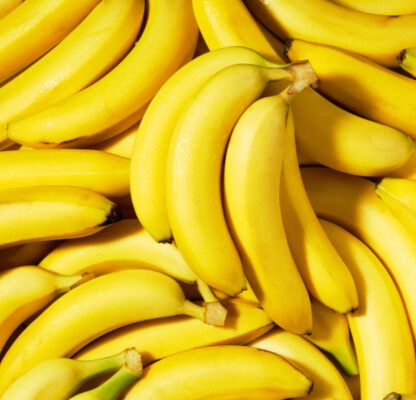 The trunks of banana plants are not woody but composed of sheets of overlapping leaves wrapped tightly around one another, a design feature that enables them to conserve water.