Xate (pronounced SHA-tay) are the leaves produced from three species within the Chamaedorea genus: C. elegans, C. ernesti-augustii, C. oblongataare. These palms are commonly called parlor palm xate, fish-tail xate, and jade xate, respectively. The Chamaedorea species is the largest genus of palms found in the understory of Neotropical forests. Xate leaves are most commonly used in floral arrangements due to their lush appearance and their hardiness—they can last up to 45 days after being cut!

The Chamaedorea species can be found from Mexico down to Bolivia and Brazil, however xate is most commonly found within Belize and Guatemala.  Xate grows in the shade of the Neotropical rainforest understory, and depends on its environment for survival. Birds and mammals are responsible for dispersing their seeds and thrips, beetles, and the wind are their prime pollinators. In fact, Chamardorea that is grown outside of its native range generally will not produce seeds because of a lack of pollinators and unsuitable environmental conditions.

Xate is an extremely important export for Guatemala and Belize. Many people gather the palm fronds from the forest for sale in the international floral industry. These individuals, known as xateros, often depend on this harvest as their main source of income. The export of xate contributes over a million dollars to the Guatemalan economy each year.  Over 30 million fronds are exported to the United States and Canada each year for Palm Sunday alone! However, much of this income goes to middle men and exporters, leaving the impoverished local xateros with very little of the profits. Unfortunately, xate has been over collected throughout much of Guatemala and Belize and its continued survival is in jeopardy.

In the Petén region of Guatemala, the Rainforest Alliance has been working since 2005 to help ensure that xate is harvested sustainably. Previously, xate was sold to intermediaries for a much lower price and most of the leaves had defects, so they ended up in the exporters’ dumpsters. The Rainforest Alliance has trained xateros to cut only quality leaves and leave more on the palm, which allows the plant to regenerate faster.  For communities in Guatemala, like Uaxactún, this has meant better living standards for local families. They now sell their leaves for twice as much as they did previously, without the need for an intermediary. Women, who until recently had no cash income, make up the majority of the workers and are now involved in selecting and packaging the xate for export. Even the children in Uaxactún are learning about how xate grows while collecting seeds of different xate species and helping to create a nursery.

The Asociación Forestal Integral San Andrés – Petén (AFISAP) received the Sasakawa Prize Laureate (2010-2011) awarded by the United Nations Environment Programme for their successful work managing and conserving close to 52,000 hectares of forest in the multiple use zone of the Maya Biosphere Reserve under the guidance of the Rainforest Alliance. Their efforts have helped to protect the biodiversity in the region, including the jaguar population, maintain the cultural value of ancient Mayan sites, and prevent deforestation due to forest fires and unregulated agriculture expansion while providing economic and development opportunities for the local communities. 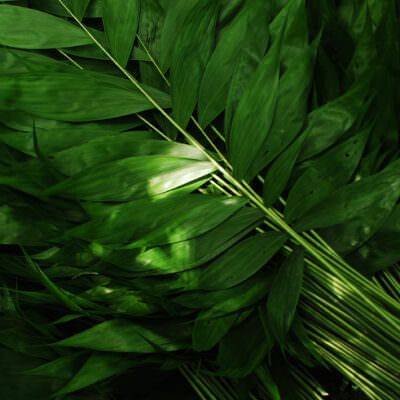 The export of xate contributes over a million dollars to the Guatemalan economy each year.