An experienced entrepreneur and pioneer in the conscious consumer movement, Gordon co-created the PIPs Rewards mobile engagement platform to leverage the power of a rewards currency (called “Positive Impact Points” or “PIPs”), smart tools, and games to track and reward daily life choices that deliver personal and planetary benefits. When it was just a prototype, the platform won the ‘’Best Game” prize in the NYC BigApps 2014 Competition, a leading civic innovations competition in the United States.

Today, the tech platform helps to bridge the education equity gap by turning student engagement in climate, health, and community behaviors into grant support for school fees and credits to meet other basic needs.

Previously, Gordon worked as a senior scientist at the Natural Resources Defense Council, co-founded the Mothers & Others campaign with Meryl Streep, and developed The Green Guide, a bi-monthly publication which was acquired by National Geographic in 2007. She has co-authored numerous books, including the award-winning True Food: 8 Simple Steps to a Healthier You (National Geographic, 2009).

Gordon holds a B.S. in geological and geophysical sciences from Princeton University and an M.S. in environmental health sciences from the Harvard T.H. Chan School of Public Health. She currently serves on the Board of Directors for the Rainforest Alliance and the Board of Governors for the Eugene Lang College of Liberal Arts at The New School.

In her spare time, Gordon can be found cross-country skiing, hiking, gardening, and spending time with her family, which now includes two grandchildren. 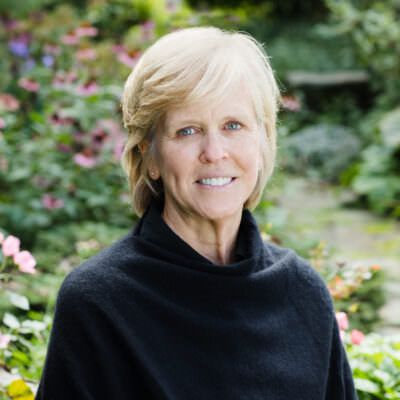