Home » Everyday actions » How to Make the Perfect Cup of Tea

How to Make the Perfect Cup of Tea 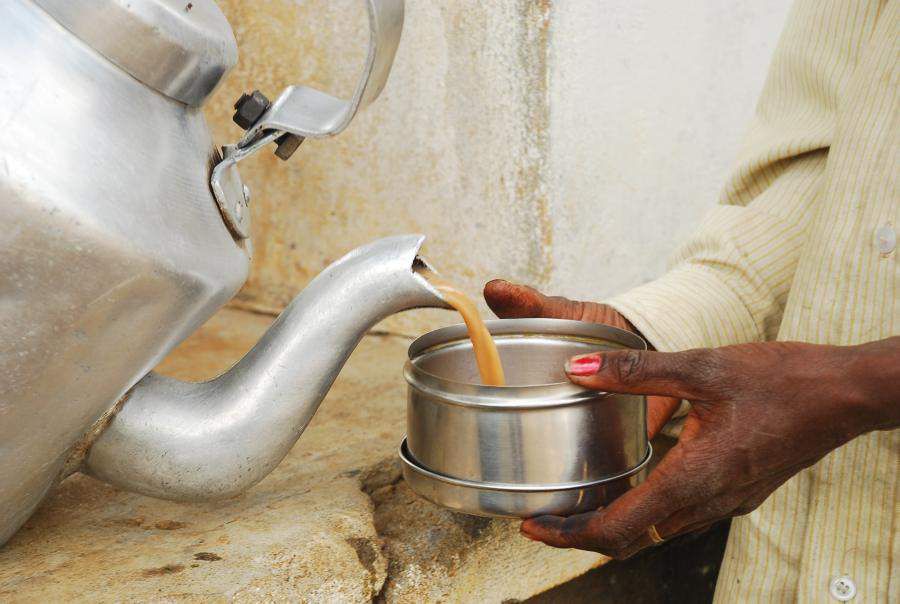 Ancient trade routes were built on it, wars fought over it, and at least one revolution launched by it, back when some cheeky colonists pitched a shipment into the Boston Harbor. Not to mention, it’s the most-consumed beverage in the world, second only to water.

Is it any wonder that tea—and the question of how to make it properly—arouses such boiling emotions?

There are almost as many kinds of teas as there are tea lovers, but the English have indulged in centuries of particularly passionate debate about the proper way to make black tea. There are plenty of opinions on the matter, but after a bit of research, we’ve found consensus in a few areas (see below). Don’t agree? Share your outrage—er, tips, tricks, and photos—using both the #FollowTheFrog hashtag.

Hot is not hot enough.

At its most basic, this beloved beverage is an infusion of leaves from the plant Camellia sinensis—and in order for the infusion process to work, the water must be boiling. As George Orwell said in his famous treatise on the subject: “[O]ne should take the teapot to the kettle, and not the other way about. The water should be actually boiling at the moment of impact, which means that one should keep it on the flame while one pours.” Orwell also advised warming the pot before filling it. If you’re using a mug, you should warm that instead.

Give those delicate flavours time to seep into the water. About four minutes should do the trick, depending on how strong you like your cuppa. A little stir can help, but if you’re using a tea bag, please don’t squeeze it—that’ll spoil the lovely balance the infusion provides. And while waiting for the steaming hot water to work its magic, try to remember that this is an opportunity for you to slow down, too. There’s a reason that meditation is often preceded by a cup of tea.

We hesitate to even broach this question, knowing the violent arguments that could ensue. The Royal Society of Chemistry asserts that the milk ought to go in first, so that the milk cools the tea; if you add the milk afterward, the hot tea will cause the denaturation of milk proteins (translation: the milk will taste icky). Adding milk first, however, is not for amateurs: it’s quite easy to miscalculate how much you’ll need, which can vary according to the blend you’re using and, of course, taste. First or last, take the late Christopher Hitchens’s to avoid whole milk.

A whopping six million acres worldwide are devoted to growing tea. That’s why it’s urgent that you choose tea that is cultivated in ways that improve livelihoods and protect biodiversity.