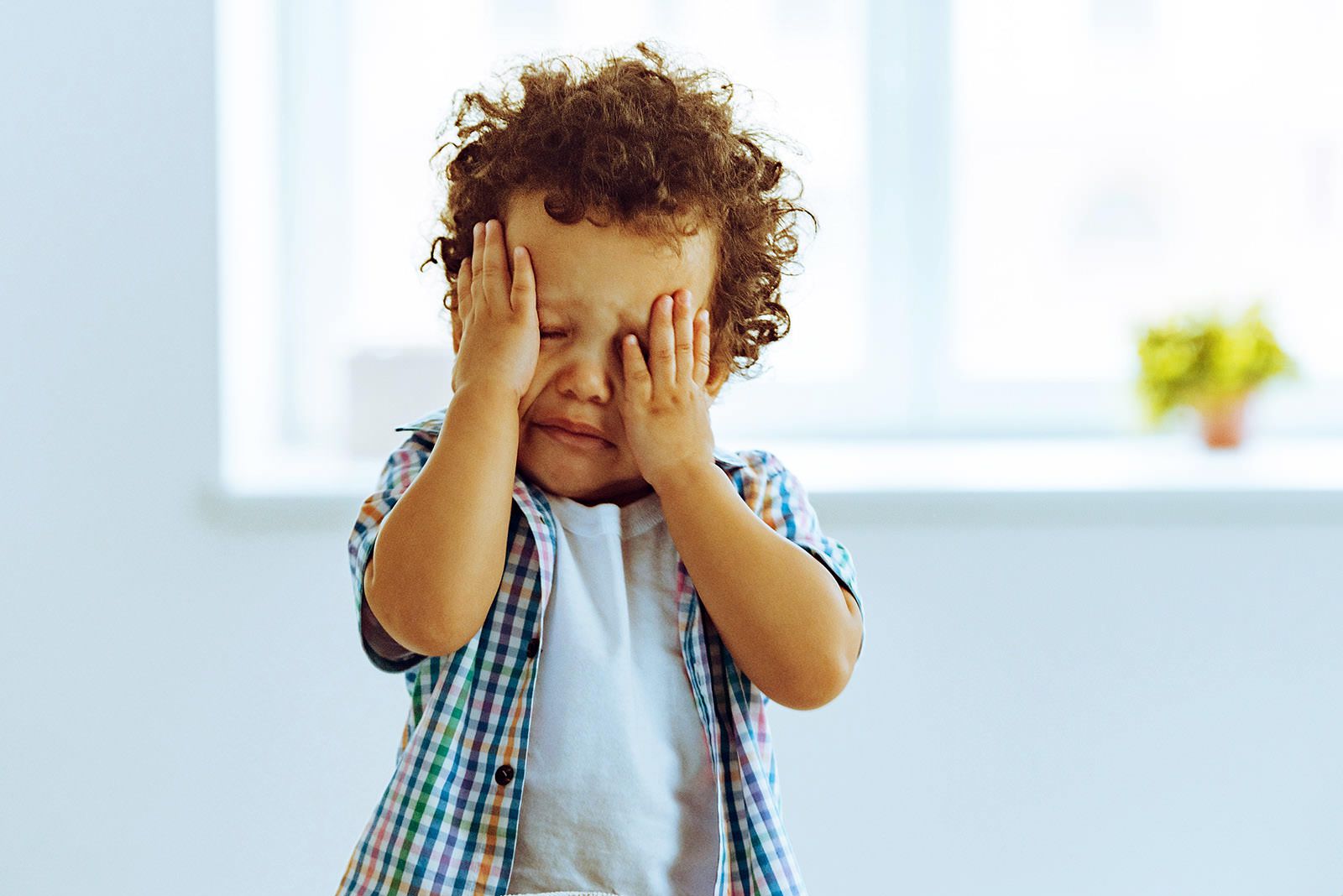 What happens when a well-meaning physicist dad gets carried away giving a lesson on the future of the cosmos? It isn’t pretty. Here’s how to do better.

One day when my son was about three, my husband—a professor of physics at New York University—decided to teach our little boy about the life cycle of stars. It was all going well until he casually mentioned that in about 5 billion years the sun would become a flaming red mass that would engulf the Earth in fire. After a moment of silence, our son burst into hysterical tears—and his anxiety didn’t fully subside for several months. (As it turns out, telling a three-year-old “it doesn’t matter because you’ll be dead in 5 billion years anyway” does not have a calming effect.)

Since then, I’ve been cautious about exposing our kids to the harsh realities of human existence. Probably too cautious—my son is now nine years old and I’ve barely touched on the issue that I have dedicated my career (and 90 percent of my anxiety) to: climate change.

Unlike the sun swallowing up the Earth, climate change is unfortunately something that my kids will battle in their lifetimes. Knowing that I won’t be able to avoid talking about it with them forever, I called on a couple of my colleagues here at the Rainforest Alliance who are eminently qualified to advise me:

Maria Ghiso, the manager of the Rainforest Alliance’s education program, has been working in environmental education for 14 years, developing and teaching climate-specific curricula that emphasize the role forests play in battling climate change. She has worked with teachers and students in communities in Ghana, Guatemala, Mexico, and the United States.

The Rainforest Alliance’s senior editor, Jungwon Kim, has a formidable breadth and depth of knowledge about climate change—and a sunny approach to climate doom that’s earned her the nickname “Pollyannapocalypse.” As the mother of two teenagers, she has fielded lots of difficult questions about climate change.

Here, in digested form, is what they had to say.

1. Arm yourself with the facts

So much misinformation about climate change swirls about us these days, it’s more important than ever to consult evidence-based science as the means to sort fact from fiction. Depending on your social circles, you may have heard grown-ups claiming climate change doesn’t exist (don’t worry, we have an article to help you with them, too). But the fact is that the science overwhelmingly demonstrates that climate change is real—and that it is caused by humans. If you could use a quick primer on climate change science, listen to this excellent episode of the Science Vs podcast.

Especially for young children, the mechanics of climate change may be too complex and overwhelming. Rather than hitting them up with greenhouse gases and melting ice caps right out of the gate, start with something more tangible for them. You could use a houseplant to explain how plants “breathe in” the gases that we breathe out, and vice versa, in a mutually-beneficial cycle. Understanding the basic carbon cycle is essential to understanding climate science. You can use this fun game to become a carbon atom and journey through the carbon cycle.

Introduce the idea of interdependent systems by exploring your neighborhood. Where does your water come from, and where does it go after it circles down the drain? Where does your food come from? Your air? Be sure to emphasize that “the environment” is not some faraway place, but our immediate surroundings—and that we are all connected whether we live in big cities, sprawling suburbs, or rainforests.

Once you feel they are ready, you can tackle the carbon cycle at a global scale. Explain that for most of Earth’s history, our atmosphere had maintained a balance of carbon sources (processes that release carbon into the atmosphere) and sinks (processes that capture carbon out of the atmosphere). But for about 200 years, since the Industrial Revolution, humans have been throwing off that balance with activities that release a lot of extra carbon, like destroying forests and burning fossil fuels. That extra carbon dioxide is building up in the atmosphere, and acting like a blanket that is slowly warming the Earth.

Work on understanding the difference between climate and weather. It is hard for young people to imagine changes on a 20-to-30-year scale (climate) vs. every day fluctuations (weather). To get a personal perspective, have kids interview a grandparent or older neighbor or other elder in their community about changes they have observed in their lifetimes that may be related to climate.

You shouldn’t be the only one in your kids’ lives who is talking about climate change. Kids get precious little exposure to climate change education in school, despite the fact it’s going to impact every aspect of their adult lives. According to a recent study by Science Magazine, the median teacher devotes only one to two hours to the topic.

But you can help change that: Let your school leadership team know that climate education is a priority for you. Send them a link to our free, pre-K through eighth grade environmental curricula, which include a climate educator guide. The curricula also adhere to both Common Core State Standards and Next Generation Science Standards, which teachers will be delighted to hear.

You can also talk to leaders of extra-curricular groups like scouts about leading some climate-related activities—maybe even help the kids earn a climate change badge!

Emphasize that climate change is urgent but we are not powerless against it. You can pre-empt despondency by recounting success stories. And there are some! Let’s not forget that nations around the world came together in 1987 to ban ozone-depleting substances and successfully averted the disaster of a UV-bombarded Earth. In fact, ozone levels are projected to return to 1980 levels by 2032.

There are communities around the world that are working to curb emissions, protect carbon stored in forests and vegetation, and plant more trees to help remove carbon from the atmosphere.

Even better, tell them stories about kids who are making a difference. Our Children’s Trust is a group of courageous young Americans that is suing the federal government to demand climate action, and they are making progress.

5. Encourage them to take action

When kids—or adults, for that matter—are scared or worried, it’s crucial that they feel empowered to make change: There is no better salve for anxiety than action. Below are some concrete steps kids can take. Whatever your children decide to do, encourage them to get their friends involved and to use social media to expand their reach.

While my kids may still end up in tears, I feel much better prepared to tackle the subject of climate change with them. Just maybe this time I’ll leave Daddy out of it.