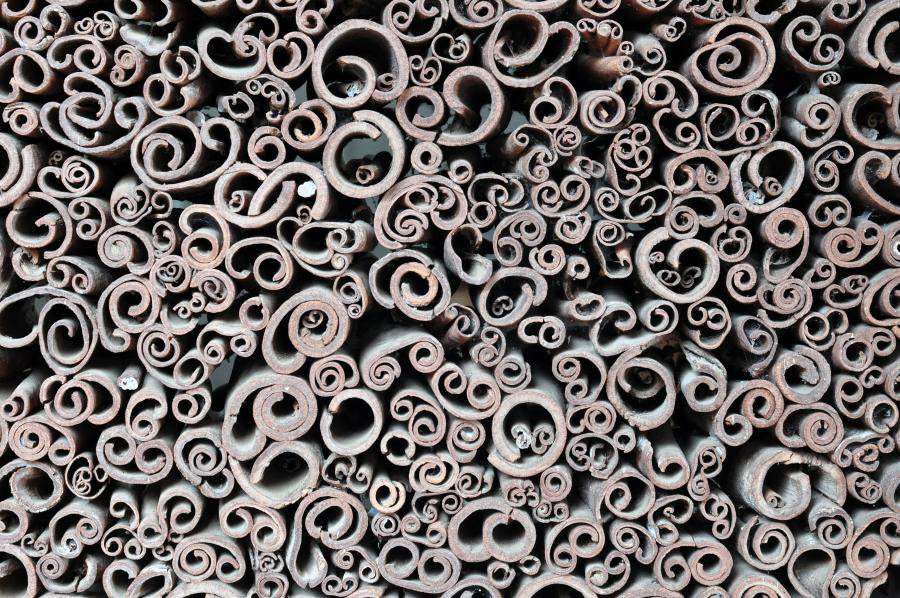 In early 2013, a group of cinnamon farmers in Kerinci, Indonesia became the first in the world to earn Rainforest Alliance certification. Located on the island of Sumatra, Kerinci is an important center for global cinnamon production as well as the home of Indonesia’s highest volcano and one of the few remaining pockets of habitat for the critically endangered Sumatran tiger.

Like bamboo, cinnamon is an inherently sustainable crop. Cinnamon forests grow naturally, without the aid of agrochemicals, and are intercropped with other trees.

In Indonesia, cinnamon is often called the “grass of Kerinci” because it begins to grow back almost immediately after it is cut.

Most Indonesian cinnamon farmers grow their trees on small, remote parcels of land (known as bidangs) alongside other native species like surian, jati and malaku.

These smallholders consider their cinnamon to be a “savings account,” hiring a team to harvest their forests only when additional income is necessary. The farmers pictured here could, for example, utilize their cinnamon to finance a family wedding.

Since plots are usually located outside of town, water buffalo are used to transport the bark to collection points in villages.

All cinnamon from Rainforest Alliance Certified cinnamon farms in Kerinci is sent back to a training center run by Cassia Co-Op, an Indonesian cinnamon exporter whose European branch markets and distributes cinnamon to an international base of customers.

Cinnamon is harvested just once every 10 to 15 years, so most producers see only two or three harvests in their lifetime. The earliest the first harvest can take place is eight years after planting, when young trees — like those pictured here — yield about 5 kgs (11 lbs) of dry cinnamon.

At this stage, the tree’s thin bark naturally curls into tight rolls which are sold as “cinnamon sticks” in grocery stores. Production increases and bark thickens over time — improving the concentration of volatile oils and giving cinnamon a richer, more intense flavor.

It takes 10 full-time workers about one month to harvest all of the cinnamon on a bidang. A typical harvest yields about 450 kgs (1,000 lbs) of cinnamon, but production can vary greatly depending on the age of cinnamon trees.

Workers in Kerinci prefer Rainforest Alliance Certified cinnamon plots because they are paid 9 percent more per kg harvested on this land.

After harvest, cinnamon typically changes many hands before reaching the processing centers where it is cleaned, sorted and prepared for export.

The supply chain is much simpler in Kerinci. All certified farms in the region sell their cinnamon to Cassia Co-op via a single collector. It is collected at Cassia Co-Op’s training center.

In order to help farmers earn certification, Cassia Co-op implemented a robust internal management and organization system that brings benefits to both farmers and the local environment.

They have, for example, carefully mapped every farmer’s individual plot of land to ensure that, as other farmers join the group, the farm clusters form wildlife corridors to protect Sumatran tiger habitat.