Home » In the Field » After Bloody Conflict, Indonesian Cocoa Farmers Work Together Toward Sustainability

After Bloody Conflict, Indonesian Cocoa Farmers Work Together Toward Sustainability 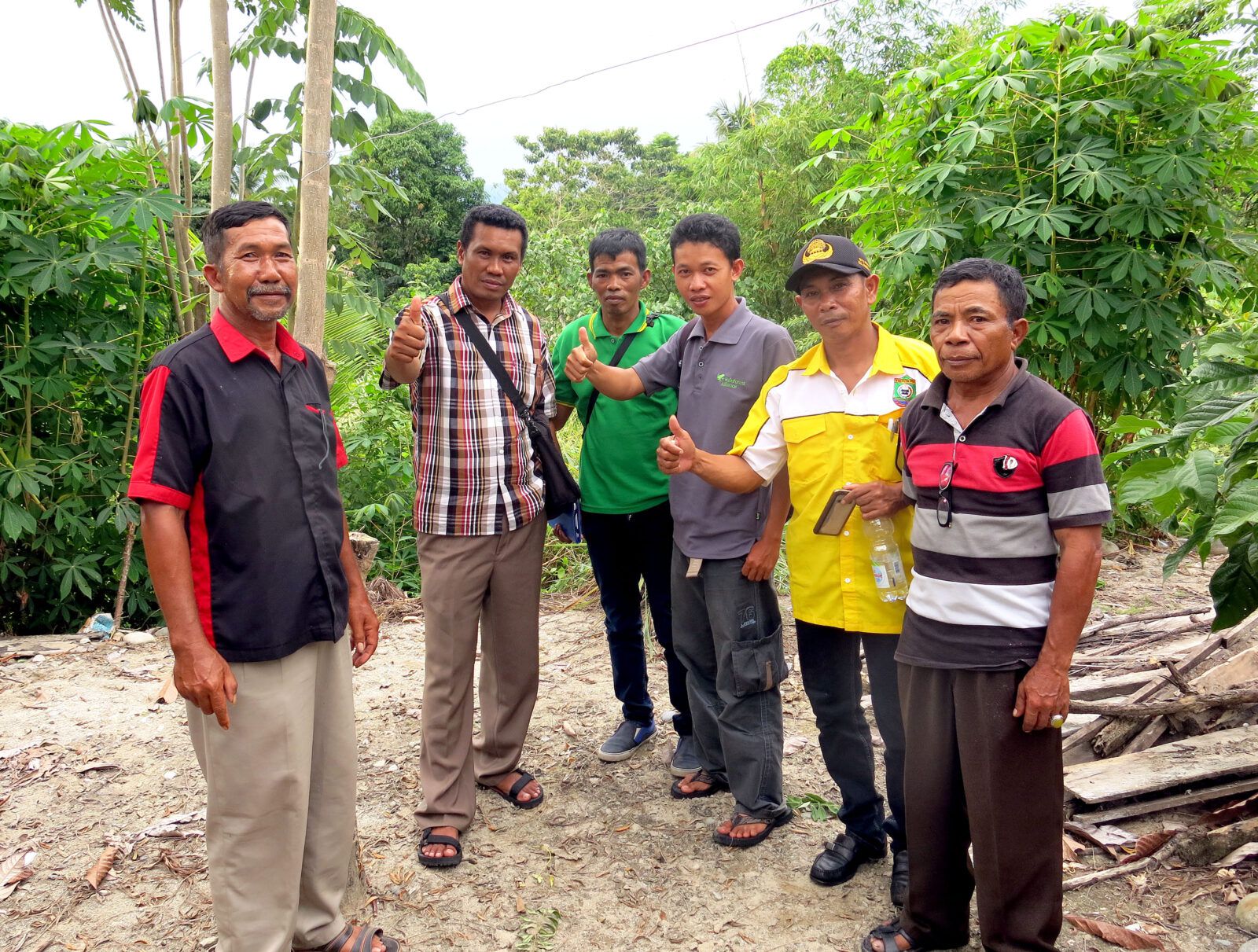 Even under the best of conditions, it takes patience, effort, and a collaborative spirit to establish a successful agricultural cooperative with your neighbors. For the cocoa farmers of Poso, Indonesia, however, the journey toward sustainability was exponentially tougher. In 1998, civil unrest erupted between ethnic and religious groups, unleashing a spiral of violence in the region that resulted in massacres and the burning of mosques, churches, and homes. The conflict continued sporadically until 2007, at times forcing farmers to halt their field work out of fear for their safety.

Thankfully, the situation is now very different. Despite having been on opposite sides of the earlier conflict, 400 farmers in Poso’s Pamona Selatan sub-district teamed up in 2015 to form the Karya Bersama cocoa cooperative. Today, its 533 members are living proof that people can overcome deep disagreements to heal the planet and each other.

Working with the Rainforest Alliance, Karya Bersama has applied a variety of strategies—from the traditional to the high-tech—to make its farms more sustainable. Since seeing is believing, the cooperative asked farmer Pak Arnold to convert his plot into a learning garden, applying earth-friendly practices in one area, while using pesticides and conventional methods in another. The contrast has allowed visitors to compare the impact of each approach and observe for themselves what’s been driving the co-op’s increased cocoa yields.

On the high-tech side, the Rainforest Alliance provided the cooperative with tablets, computers, and other digital tools, as well as the training to operate them. Members record field data and other details, which help to improve the management of their farms and make it easier to spot any potential risks before these evolve into problems.

Collaborating to Protect Waterways and Biodiversity

Working toward sustainability was especially important for the cooperative because of the region’s high levels of biodiversity. Karya Bersama’s cocoa farms are located on the Indonesian island of Sulawesi, between Lake Poso and a large protected area, which is home to some of the most unique flora and fauna in the world, including silver eels, rare orchids, and the threatened Sulawesi hornbill.

Previously, the lake had been used as a dumping ground for waste, and the local watershed was polluted by toxic agricultural runoff from farms, threatening community well-being and livelihoods. To combat these problems, cooperative members developed an action plan in 2019 to conserve the water supply and clean up the lake.

Karya Bersama has also helped the Rainforest Alliance expand its training in sustainable agriculture practices to reach villages that border the lake’s southern edge. More than 400 smallholder farmers have learned how to nurture their soils, improve the productivity of their cocoa plants, and reduce agrochemical use, which further protects the lake and other area waterways.

After meeting with scientists and government officials, the cooperative proposed an integrated natural resource management plan for the subdistrict, and their initiative created a ripple effect, prompting local authorities to provide funding for garbage bins near the lake.

All across Indonesia, cocoa farmers are being challenged by climate impacts, aging plants, and plummeting prices for their beans. To overcome these obstacles, the Rainforest Alliance began working with a group of smallholders in Bali, showing them how to ferment their beans, which results in a product that can earn them higher prices. As a result, more than 600 farmers doubled their income, and rural unemployment rates were reduced. The pilot project was so successful in fact that it is now being scaled up across the country, in collaboration with Karya Bersama and six other Indonesian cocoa cooperatives.

Over the past two years, 300 Karya Bersama members have already been trained in the fermentation process. They are also implementing climate-smart farming practices, such as pruning their plants and using organic fertilizer instead of agrochemicals. Together, these steps are expected to result in higher yields, better quality cocoa, and reduced expenses.

Another important goal of the multi-dimensional approach is to provide farmers with access to financing and connect them to new markets for their higher-value fermented beans—facilitating meetings with premium international buyers like Valrhona. “The Karya Bersama cooperative already had a long experience in promoting sustainable agriculture,” says Hasrun Hafid, the Rainforest Alliance’s cocoa team manager in Indonesia, but now its farmers have “a pathway to further improving their income.”

Finally, by linking farmers with their peers, and involving women and young people in this work, the cooperative is fostering an even greater sense of community. This would be an achievement under any circumstances, but it is especially notable given the history of the region. As part of Karya Bersama’s continuous journey toward sustainability, its members are contributing to the transformation of the Indonesian cocoa sector and serving as a shining example to others, both for their farming practices and their ability to work together.

The Rainforest Alliance’s Work in Mexico

Sowing Sustainability: How Our Trainers Partner With Farmers Across Africa

Project Profile: Elevating the Position of Women in Three of the World’s Key Biodiversity Landscapes