Home » In the Field » Meet A Renewable-Energy Convert in Kenya

Meet A Renewable-Energy Convert in Kenya 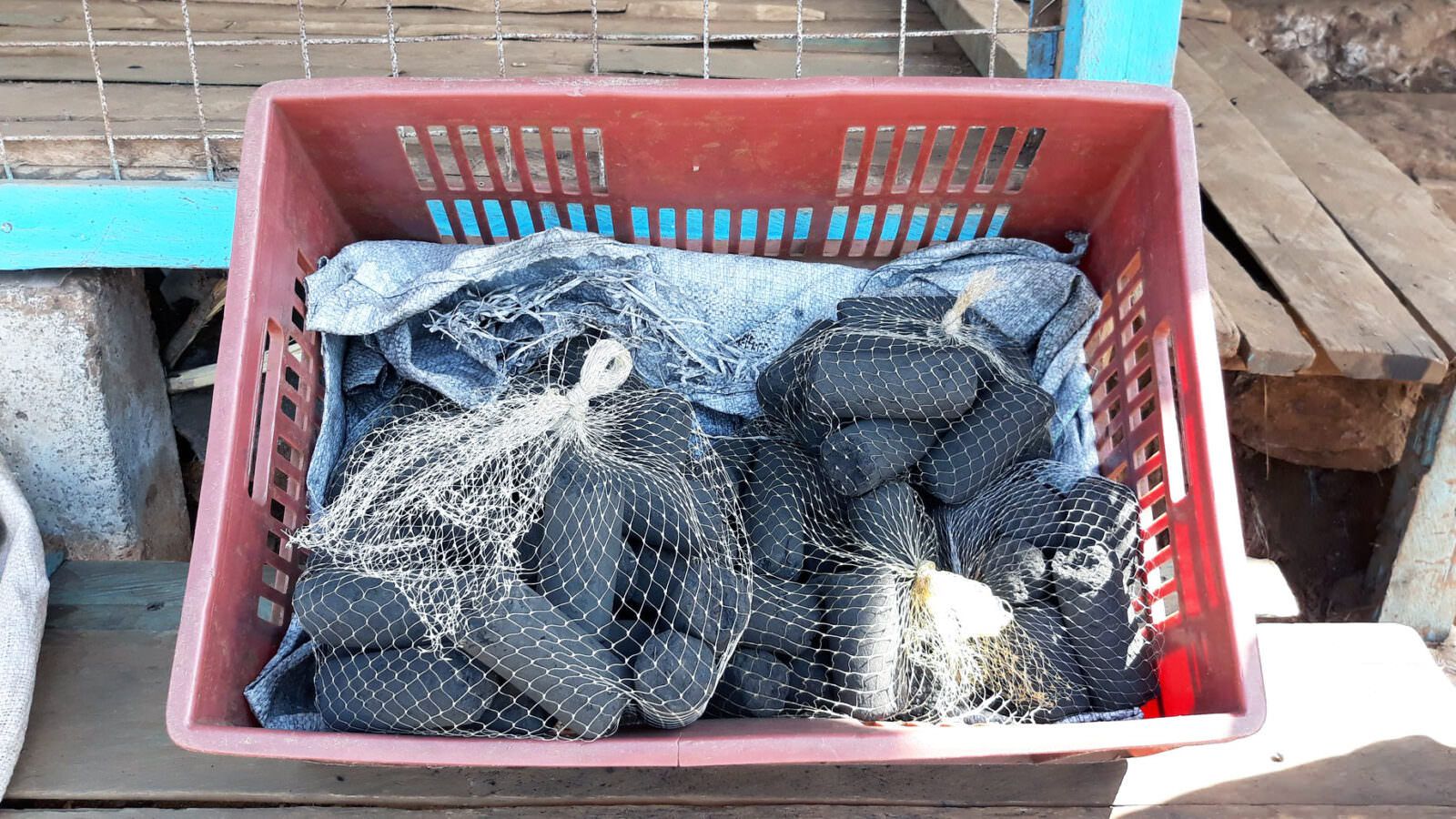 Until recently, Purity W’Njema used firewood and charcoal to power her stove and heat her home in rural Kenya. But these fuels emit toxic fumes that put her and her family’s health ­­­in jeopardy: Smoke from charcoal and firewood contributes to 16,600 deaths in this country each year, as well as to a range of illnesses that disproportionately affect women and children, who tend to spend more time in the home.

But now, thanks to an exciting initiative led by the Rainforest Alliance (with support from the IKEA Foundation), W’Njema and her family are no longer breathing in harmful smoke. She now cooks with smoke-free, carbonized briquettes, which are made from waste materials like saw dust and corn husks. In addition to the clear health benefits, the biomass briquettes are much cheaper: Switching to briquettes from firewood, for example, cuts fuel costs by more than a third.

“The briquettes are cheap, economical, and they don’t create smoke which is very damaging to our health,” W’Njema said.

W’Njema’s household is just one of more than 5,000 who have benefitted from this far-reaching initiative to promote renewable energy in Kenya’s tea landscapes—and that’s just the beginning. By mid-2021, the initiative aims to improve incomes, reduce carbon emissions, and create healthier homes for 50,000 tea families.

As part of this effort, seven Household Energy Centers (HECs), run by local entrepreneurs who have received training from the Rainforest Alliance, sell a range of renewable-energy products, from smoke-free briquettes to cookstoves to solar lighting. Two of these HECs also produce the smoke-free briquettes, and two more briquette-producing HECs are in the pipeline. Because the landscape is so vast, about 50 Last Mile Entrepreneurs (LMEs) have received training and are now selling these renewable energy products in more remote areas. Partner organizations Living Earth and EnSo Impact have been instrumental in implementing this exciting work.

One of the briquette-producing entrepreneurs, Mary Waihigo Kamau, had been collecting charcoal dust at the market to make briquettes by hand—a process that allowed her to produce only about 60 kg per month. Now, with training and equipment from the Rainforest Alliance, Waihigo produces that amount in an hour—and of course, these briquettes are carbonized, smoke-free products. Waihigo, a widowed mother of three who once struggled to make ends meet, has become a star entrepreneur, selling to local households as well as hotels and other customers. As part of our initiative, she recently traveled to Uganda to learn from entrepreneurs there who are selling the same kinds of products to similar communities. There, she and five other Kenyan participants learned about marketing selling, quality control, and more.

But households are only part of the fuel-use story in Kenya’s tea landscapes. A single tea factory burns the equivalent of 100-150 trees a day in order to dry and wither tea leaves, which puts terrible pressure on forests here in Kenya, which lost five percent of its forest cover between 1990 and 2005. That’s why the Rainforest Alliance is currently creating a Central Processing Facility (CPF) where industrial briquettes for tea factories will be produced; it is expected to be operational by mid-2019. The timing is fortuitous. In an unexpected move last year, the Kenyan government announced a ban on logging, so now factories can only purchase firewood from private forests—and not surprisingly, firewood prices have skyrocketed. With demand for an alternative fuel high, the CPF can make a significant contribution to the effort to promote renewable energy. Between the CPF and the use of renewable energy in households, the project will save tens of thousands of trees from being chopped down for firewood.

For her part, Purity W’Njema is already sold on renewable energy, which she says is a particular boon to women, since “we are always the ones in the kitchen.” It’s not only better for her health and her pocketbook, she says, it also saves her time. “With firewood, you have to go find it and collect it,” and then you have to hover over the stove tending the fire, she says. “With briquettes, you just light the fire and put the food on and go do something else and find that the food is ready—I don’t have to stay there putting firewood in the stove.”