Restoring an Ecosystem on a Peruvian Coffee Farm 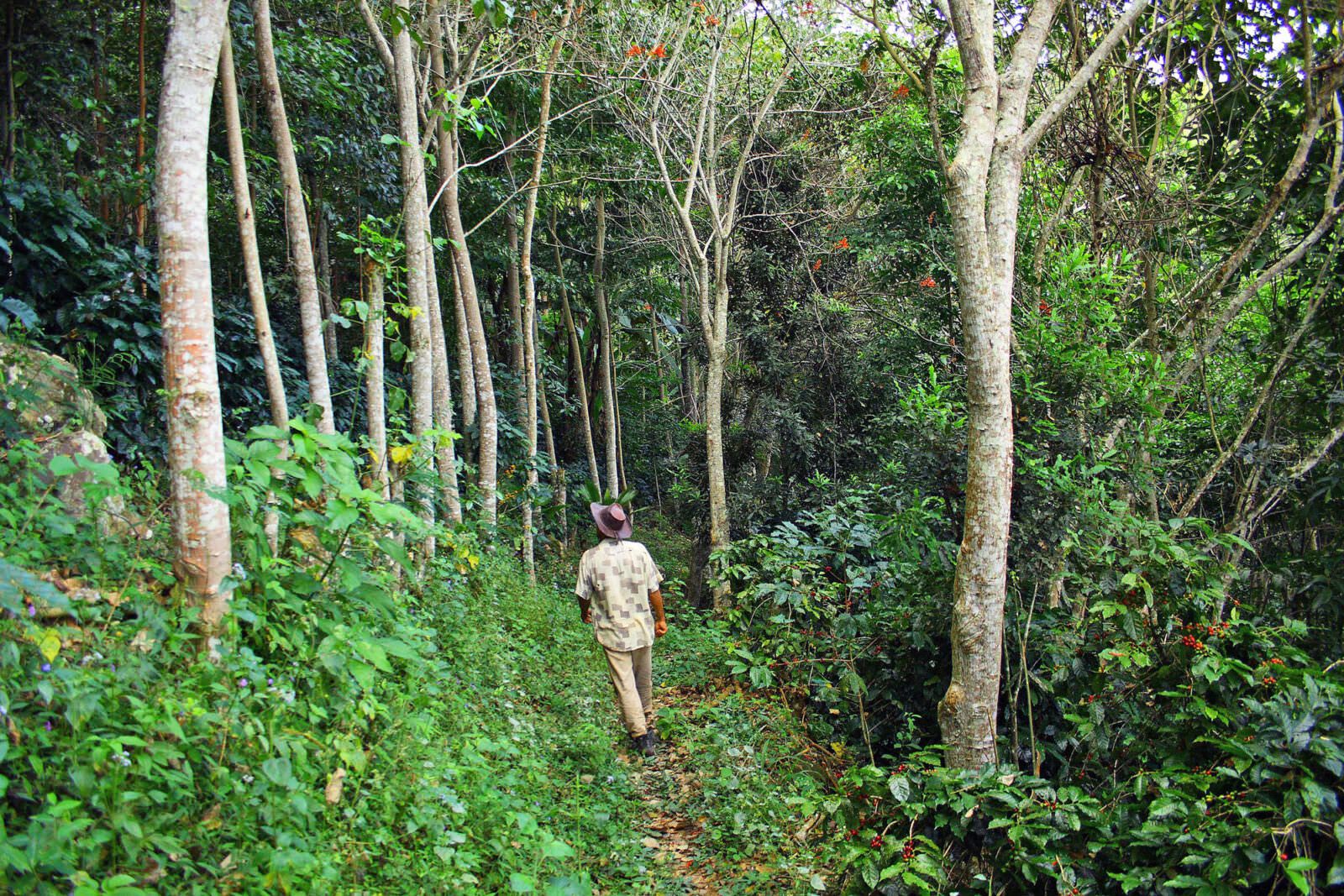 Juan Jimenez on his coffee farm in Peru

If you were to fly above Juan Jiménez Montenegro’s coffee farm in Cajamarca, Peru, you’d have a hard time distinguishing crops from forest—Jiménez’s coffee flourishes under a lush canopy of healthy trees and alongside secondary crops like cacao, citrus, and banana.

But it wasn’t always that way: “When I got the farm in 1995, it was degraded and many of the trees had been cut down,” Jiménez said. Many of the trees and coffee plants that remained, he said, suffered from the fungal disease roya (leaf rust).

Jiménez, his wife Julia Cabrera Montenegro, and their two sons Juan César and Ray Javier, set about making changes to meet the rigorous environmental, social, and economic criteria of Rainforest Alliance certification, which the farm, called Santa Rosa, achieved in 2010. Jiménez and his family implemented sustainable methods beyond the farm level, using organic composting to make fertilizers, improving wastewater treatments, and more. As a result, night monkeys, squirrels, and other wildlife have returned to Santa Rosa. In recognition of his superior commitment to sustainability, the Rainforest Alliance bestowed Jiménez with its Change Agent Award in 2018.

“We made a great effort to restore the ecosystem that had been degraded and we turned it into a productive ecosystem,” Jiménez said. They planted 1,000 trees in the year 2000, and have been planting trees ever since, transforming Santa Rosa into a true agroforestry farm. “We’ve also worked to conserve the soils, planting our crops in contours with guava trees and plantains for shade.”

Keeping the farm healthy and productive has required constant innovation and vigilance in the face of a changing climate. Warming temperatures exacerbate the roya fungus, which has decimated coffee crops throughout Latin America, and that’s just one of the impacts of climate change that Jiménez confronts. To adapt, he has diversified his landscape, planting alternative crops, along with new coffee varieties more resistant to the leaf rust fungus. Interspersing trees and crops—the essence of agroforestry—not only slows the spread of roya, but also requires little to no chemical fertilizers, reduces soil erosion, and boosts the farm’s general climate resiliency.

“Thanks to the projects we have worked on with the Rainforest Alliance and the technical assistance they have provided, we have worked to include new varieties [of trees] that resist leaf rust,” Jiménez said.

For Jiménez, all the work he and his family have put into restoring his farm’s ecosystem has more than paid off.  “We have a productive farm where we conserve the environment, natural resources, and biodiversity,” he says. “We’ve improved our quality of life, our housing, and our incomes, too.”