5 Resources to Re-Inspire Any Conservationist 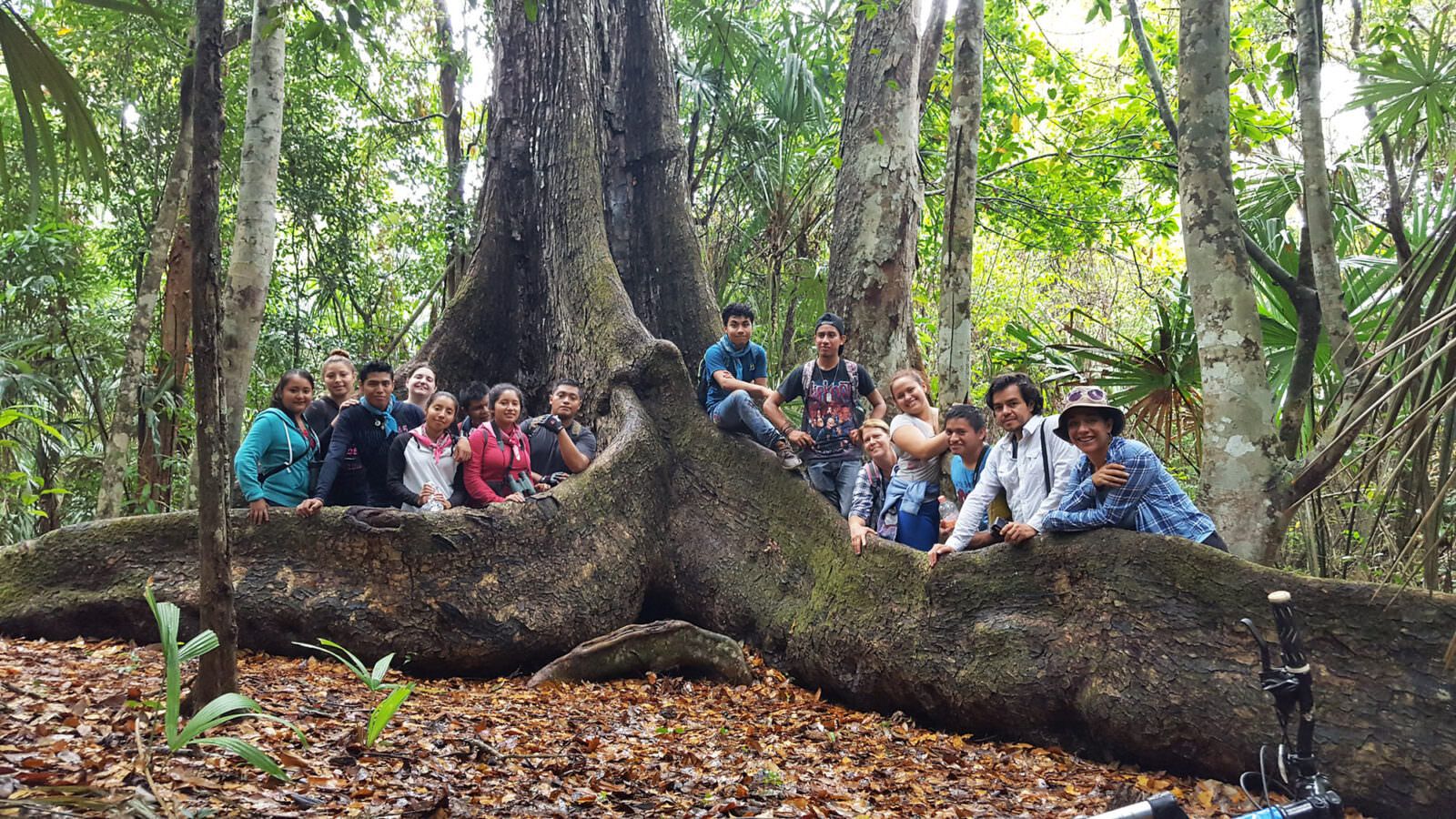 Climate catastrophes, forest destruction, wildfires, biodiversity loss, and a world-crippling pandemic: It’s easy to feel as though the battle to restore and regenerate Earth is hopeless. But it’s only hopeless if we give up—which is why it’s crucial for those of us who care deeply about the planet to find ways to stay engaged, inspired, and invigorated. To help with that quest, the Rainforest Alliance has gathered these four amazing books—and one riveting docuseries—about our beloved Earth. Once you have read or watched them, you’ll be even more motivated to work with our alliance to create a better future for nature and people.

Netflix’s multimillion-dollar nature series Our Planet was hotly anticipated—and it did not disappoint. We’d expect nothing less from the legendary British naturalist Sir David Attenborough, whose critically acclaimed BBC documentaries such as Planet Earth have thrilled viewers for more than 40 years. Over the decades, Attenborough has brought us epic lion battles in Botswana’s Okavango Delta, the view from the depths of the Antarctic’s Southern Ocean, and more.

Each of Our Planet’s eight episodes focus on a different habitat: from dense jungles to hostile deserts, and from the high seas to the icy poles. The spectacular visuals that define Attenborough’s previous work will be familiar to longtime fans, but at age 93—freed of the constraints of public service broadcasting—Attenborough delivered the most political commentary of his career, his iconic voice beating out an urgent SOS for the threatened worlds on the frontiers of climate change.

If navigating uncharted jungle ignites your imagination, then Wade Davis’ One River is a must-read. This meticulously reported account of Harvard professor Richard Evans Schultes’ 12-year foray into the Amazon in the 1940s, and that of his two star students in the 1970s, reads as a thriller as much as a botanical history. Schultes sent his intrepid students to the Amazon to further investigate the medicinal and psychoactive properties of coca, the Inca’s “Divine Leaf of Immortality”—and the basis for cocaine—and they got a bit more than they bargained for.

Aside from being a page-turner, One River is also a stunning account of the rainforest as it once was: immense, wild, and untouched. Today, the Amazon is still the largest, most biodiverse forest in the world, but illegal logging, mining, and other threats have laid waste to too much of it, threatening the people and cultures rooted there. This is why the Rainforest Alliance has forged partnerships with indigenous communities to support their sustainable, forest-friendly livelihoods across the Amazon.

There’s no better place to go for inspiration than the classic credited with launching the environmental movement: Rachel Carson’s Silent Spring, published in 1962, sounded the alarm on the effect of pesticides on insects and birds—waking up an entire generation to the dangers of industrial farming. The American biologist imagined a time when, “Over increasingly large areas of the United States, spring now comes unheralded by the return of the birds and the early mornings are strangely silent where once they were filled with the beauty of birdsong.”

At the time of publication, critics called Carson’s views extremist, but history has shown her predictions to have been frighteningly on target, if not mild. Her lyrical writing—clear, compelling, and authoritative—makes this essential text a pleasure to read.

Is there a new way to think about our food? A way that will heal the land, protect the planet, and delight our taste buds? Celebrated New York chef Dan Barber thinks so. With his bestselling book The Third Plate, he dishes up a culinary manifesto for a more sustainable global food culture.

After rejecting industrially farmed foods, and then finding the farm-to-table food movement lacking—he found it to be environmentally damaging—Barber serves up his own vision. This is the “Third Plate” of the book’s title: a cuisine that turns good farming into good food. Lesser-known grains, such as rye, buckwheat and millet, are elevated to the chef’s table, celebrated for their taste and ability to keep both us and the land healthy. This book is a delicious mix of food history and behind-the-menu restaurant tales, along with a gastronomical spin on environmental philosophy. It is sure to whet the appetite of anyone interested in food, and to inspire a fundamental re-think on farming and its environmental impact.

The Sixth Extinction: An Unnatural History by Elizabeth Kolbert (2014)

Elizabeth Kolbert’s Pulitzer Prize-winning book chronicles life and loss on Earth over the last half billion years. In one chapter, we travel 10,000 years back in time to the Pleistocene, when elephant-like mastodons roamed the Americas in great herds. In another, we visit 19th century Iceland to witness the tragic demise of the “original penguin,” the great auk, at the hands of heartless humans who shot the last living pair—and stomped on an incubating egg—on the island of Eldey.

As captivating as it is, the book is also terrifying. An asteroid may have wiped out the dinosaurs, but it is plainly humans driving the sixth mass extinction. Yet Kolbert still manages to entertain and inspire: endangered Panamanian golden frogs jump off the page and rare Sumatran rhino charge at the reader. From cover to cover, fear and awe go hand in hand. It is not until the final chapter that Kolbert permits the tiniest glimmer of hope—the heroic efforts of conservation biologists to save the planet and its species.