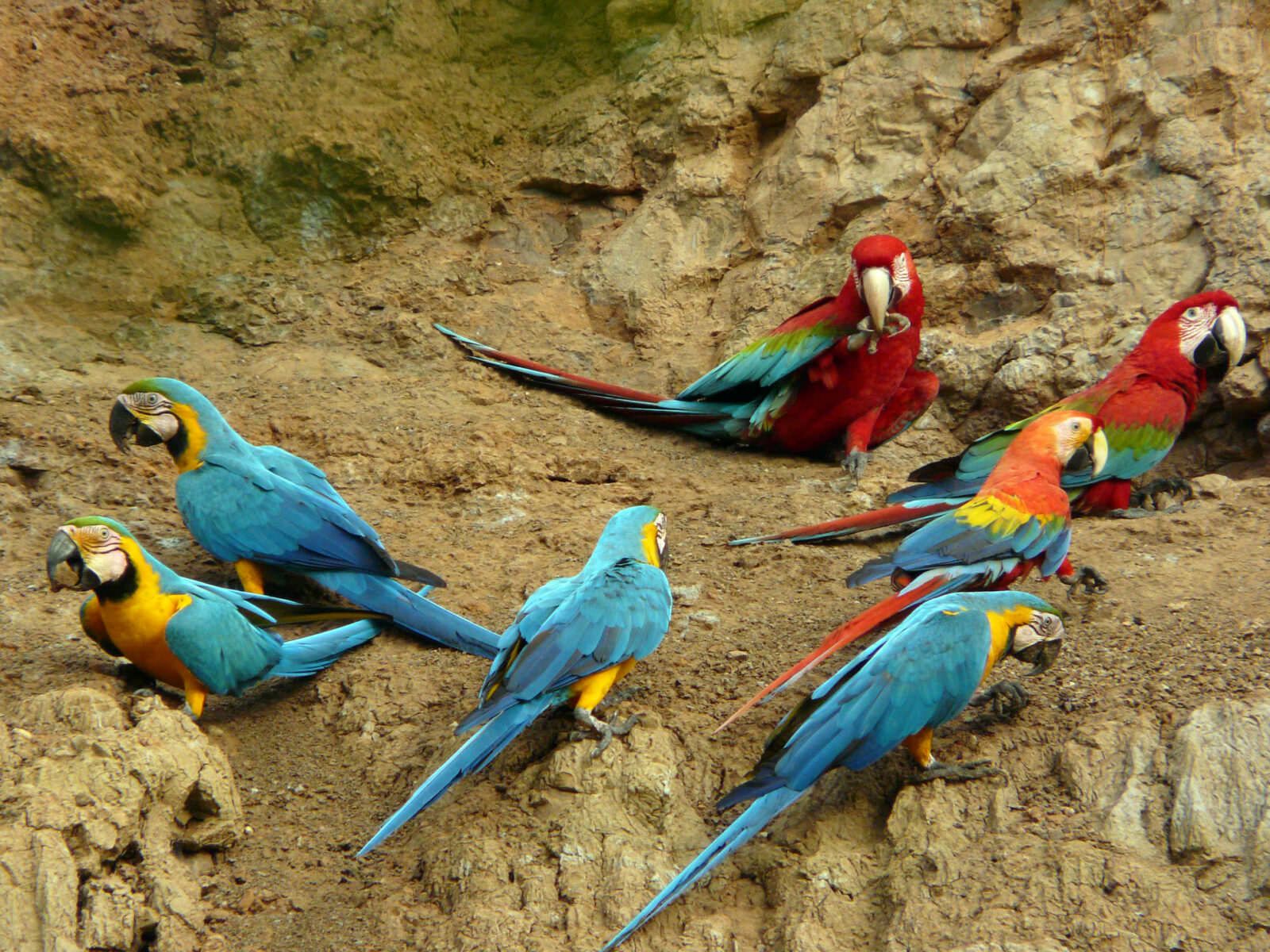 While many environmental groups focus on saving iconic species, the Rainforest Alliance is more broadly concerned with conserving or even enriching wildlife habitat—the destruction of which is the gravest threat to nearly all species.

When the Rainforest Alliance established an office in Costa Rica in the late 1980s, our earliest staffers witnessed firsthand the destruction of the rainforest nearby—dense jungle landscape where toucans, sloths, and other rainforest animals made their homes were burned to the ground to make way for farms and livestock pastures. Ever since then, biodiversity protection has been a central part of the Rainforest Alliance mission.

“As a direct result of our training programs and certification systems, more than 1.2 million farmers are now using responsible methods that boost the productivity of existing cropland and protect wildlife habitat.”

Unfortunately, our focus on protecting biodiversity was prescient. Scientists have concluded that we are in the midst of Earth’s sixth mass extinction. The main cause of this devastating loss of species is human activity, which accounts for the destruction of approximately 35.8 million acres (14.5 million ha) of forestland every year—roughly the size of Bangladesh or New York state. The current global extinction rate—50,000 species per year—is 1,000 times or more the natural rate, according to the International Union for the Conservation of Nature—the highest since dinosaurs disappeared from Earth 65 million years ago. In biodiversity-rich tropical regions, this habitat destruction results in the extinction of an estimated 100 species per day.

In recognition of this grim reality, the Rainforest Alliance has integrated the protection of wildlife into the very DNA of our conservation strategy, including the certification systems we helped develop: the Forest Stewardship Council (FSC) standard and the Sustainable Agriculture Network (SAN) standard. Both standards include detailed criteria designed to protect wildlife habitat and connect forest fragments to support migratory species.

In sustainable forestry, this means strict limits on timber harvesting, special protections for old-growth forests, and the protection or enhancement of local species diversity. The forestry standard also mandates that hunting on certified forestland is tightly controlled.

For agriculture, the standard prohibits the clearing of any forestland for agricultural expansion, as well as requirements for the conservation (or restoration) of on-farm natural habitat. It also includes requirements for shade cover and the number of tree species per hectare for agroforestry crops. Farms that have burned or cleared forest or other high-value ecosystems since 2005 are not eligible for Rainforest Alliance certification; those that have cleared forests or damaged ecosystems between 1999 – 2005 must create conservation areas or restore degraded areas. The SAN standard prohibits hunting and wildlife commerce altogether, except in restricted circumstances for certain cultural/ethnic groups.

Our focus on minimizing deforestation caused by agriculture and timber production is undoubtedly our most significant contribution to biodiversity protection. Agriculture alone drives 80 percent of global deforestation, and the demands of a growing global population are increasing pressure on a shrinking area of arable land. As a direct result of our training programs and certification systems, more than 1.2 million farmers are now using responsible methods that boost the productivity of existing cropland and protect wildlife habitat—such as composting, the planting of native trees among shade-friendly crops, and manual and biological pest control instead of pesticides. Farmers and wildlife also benefit from watershed conservation, buffer zones along streams to prevent erosion, and biological corridors for migratory species.

No wildlife habitat conservation effort can succeed without taking into account the financial security of rural people. Economic desperation often drives irresponsible timber harvesting, slash-and-burn agriculture, and unregulated tourism, which in turn threaten some of the world’s most iconic species: mountain gorillas in Central Africa, jaguars throughout Latin America, and orangutans and tigers in Indonesia. These human activities also diminish our access to plants that could be developed into life-saving medicines.

Rainforests contain half of the world’s flora and fauna, including an untold number of species yet to be discovered. We have shown that working in collaboration with rural communities to interrupt the cycle of poverty and deforestation is one of the most effective ways to defend these precious ecosystems, and all the wildlife they support.

When we chose our mascot nearly 30 years ago, the red-eyed tree frog leapt out at us. Frogs are highly sensitive to environmental changes in land and water, making them excellent indicators of ecosystem health—and the perfect mascot for an organization fighting to rebalance the Earth. We chose the red-eyed tree frog because it’s commonly found in the neotropics, where the Rainforest Alliance first began working to protect rainforests. Safeguarding the habitat of this special amphibian—and all forest habitat—was enshrined in the very first certification system we created, SmartWood, in 1988, and continues to be an integral part of our work today.

Just as the Rainforest Alliance began field operations, scientists—including those with our Sustainable Agriculture Network partner in Guatemala—proved what farmers and naturalists already knew: the biodiversity in traditional, forested coffee or cocoa farms was nearly as rich as that in nearby rainforests. Such farms in Latin America were especially important for migratory songbirds that nest in North America and spend the northern winter in the sunny tropics. More than 150 species—including colorful warblers, orioles, tanagers and even hummingbirds—make this incredible journey, often landing in the same farm year after year (assuming that the farm is still forested).

A landmark study revealed that Colombia’s threatened night monkeys (Aortus lemurinus) find safe haven—and good eating—on Rainforest Alliance Certified farms. These nocturnal, tree-dwelling creatures are hard to spot and even harder to study, but after radio-tagging a group of them, researchers found that the monkeys were spending almost as much time foraging on densely shaded coffee farms as they were in the rainforest. The study found that in general, Rainforest Alliance Certified coffee farms located near natural forest extend wildlife corridors, providing habitat for all kinds of animals.

Response to the UN Biodiversity Report