Our Work to Prevent Forest Fires 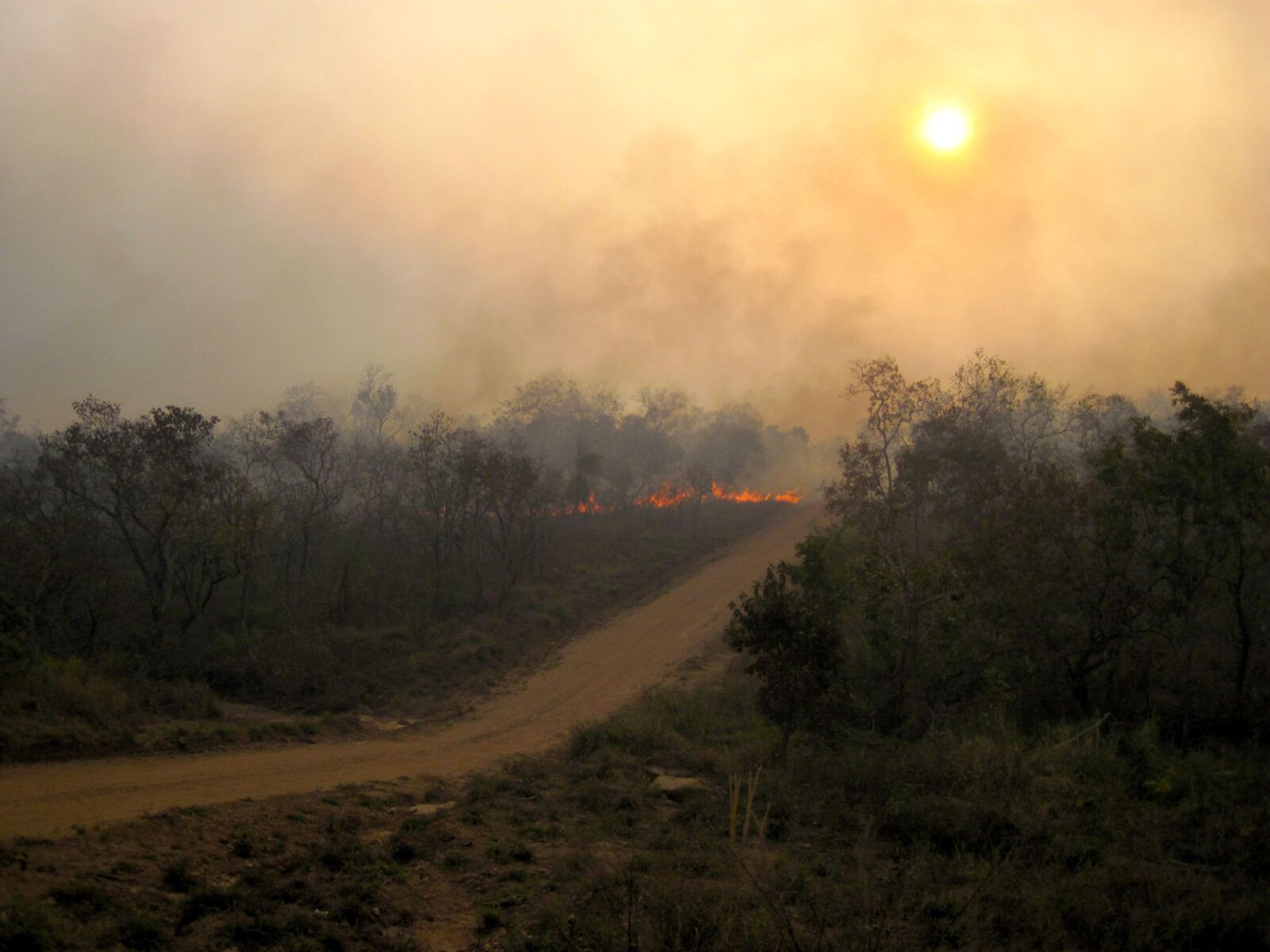 Tropical forests are disappearing faster than any other kind of forest. There are many reasons for this devastating forest loss, but a major culprit is an uptick in fires—largely set to clear land for agriculture.

Given how badly we need tropical forests, it’s alarming that we are losing them at such a fast clip. Tropical forests suck more carbon out of the air than any other kind of forest. They are home to two-thirds of the world’s biodiversity, despite covering less than 10 percent of Earth’s land surface. And tropical forests send vapor into the air, making it rain—not just locally but thousands of miles away. They also cool the Earth’s surface by creating clouds, humidifying the air, and releasing cooling chemicals. Tropical forests are also home to millions of Indigenous and local people.

Protecting forests is at the heart of the Rainforest Alliance’s mission, which is why our interventions work to prevent forest fires in precious tropical landscapes. Read on to learn about how we do that.

More than four million farmers and farmworkers work their land according to the rigorous requirements of Rainforest Alliance certification. These requirements include strict prohibitions on using fire on farms (to clear debris or otherwise prepare land for planting), and of course, on expanding into nearby forests, by fire or any other means.

Certification offers a solid foundation for protecting and improving the health of the land, but sometimes a broader approach is needed. In West Kalimantan, Indonesia, for example, we’re bringing together a broad coalition of partners and tools to scale up sustainability in that region—and to stop the fires that destroy so much there each year.

From April to September, fires rage throughout Indonesia, creating a thick haze of smoke that travels as far as Malaysia, Singapore, and Brunei Darussalam. These fires, often set to clear land for mega-crops like palm oil and rubber, are destroying Indonesia’s remaining rainforests, which are some of the most biodiverse on the planet.

West Kalimantan—a province of almost 15 million hectares in the southern corner of Borneo—is the third-largest area of palm oil plantations in Indonesia. (Rubber is also a major crop in the province.) Without strong market links or access to resources, many small-scale farmers struggle to earn a profit and resort to harmful practices such as slash-and-burn agriculture—that is, cutting down nearby forests and burning the dried-out debris to create richer soil and more land to cultivate.

Since 2018, the Rainforest Alliance has been working in the Sintang District of West Kalimantan to bring together different land users and stakeholders—from farmers to local governments to companies and existing sustainability coalitions—to make farming a more profitable and sustainable endeavor. Working directly with small-scale farmers, we share better agricultural practices, provide training in business development, and collect data to map farms so that farmers can obtain ownership certificates, which are required to achieve Indonesian Sustainability Palm Oil (ISPO) certification. These better farming practices improve productivity and of course, exclude the use of fire.

The Rainforest Alliance has long believed that the people who make a living from the forest have a powerful incentive to protect it. Case in point: the communities we work with in Guatemala’s Maya Biosphere Reserve. Granted the right by the Guatemalan government to use their land (as long as they do so sustainably), these community concessions only harvest one tree per hectare every 40 years and manage the forest in such a way that it regenerates itself. The communities also harvest tree nuts and palm leaves (for floral arrangements) from the forest floor, a low-impact activity that helps bolster the local economy.

And because they can support their families, community members work hard to protect their forests from fire and other threats. They patrol regularly, with the help of drones and GPS trackers. They’ve also built watch towers from which to monitor potential fires, and they maintain fire breaks (gaps in vegetation to slow the spread of fire). The communities invest about US $180,000 each year in fire prevention—many times more than what the Guatemalan government invests in protecting these precious swaths of forest. As a result, in an average year, just 2 percent of the many fires that occur in the reserve happen within the community concessions. Iliana Humberta Melgar said that these measures have helped her community, La Pasadita, successfully prevent fires in recent years. And now, “Little animals are coming back. You see more birds. Due to (past) fires, these animals had disappeared. Children hadn’t even had the chance to see them.”

The Rainforest Alliance works all over the world to advance policies that protect forests. We joined together with 200 other NGOs in 2020 to push for a European Union (EU) regulation that will require companies to issue a statement of due diligence, asserting that the goods they place on the EU market have not involved deforestation or forest degradation. Since the European Commission proposed a regulation to achieve that in November 2021, we have been working to ensure that the language includes provisions that benefit small-scale farmers, Indigenous peoples, and local communities. This law, which was agreed on by the EU institutions in December 2022, has the potential to make a significant positive impact on forests, since the EU is the second largest importer of deforestation, after China.