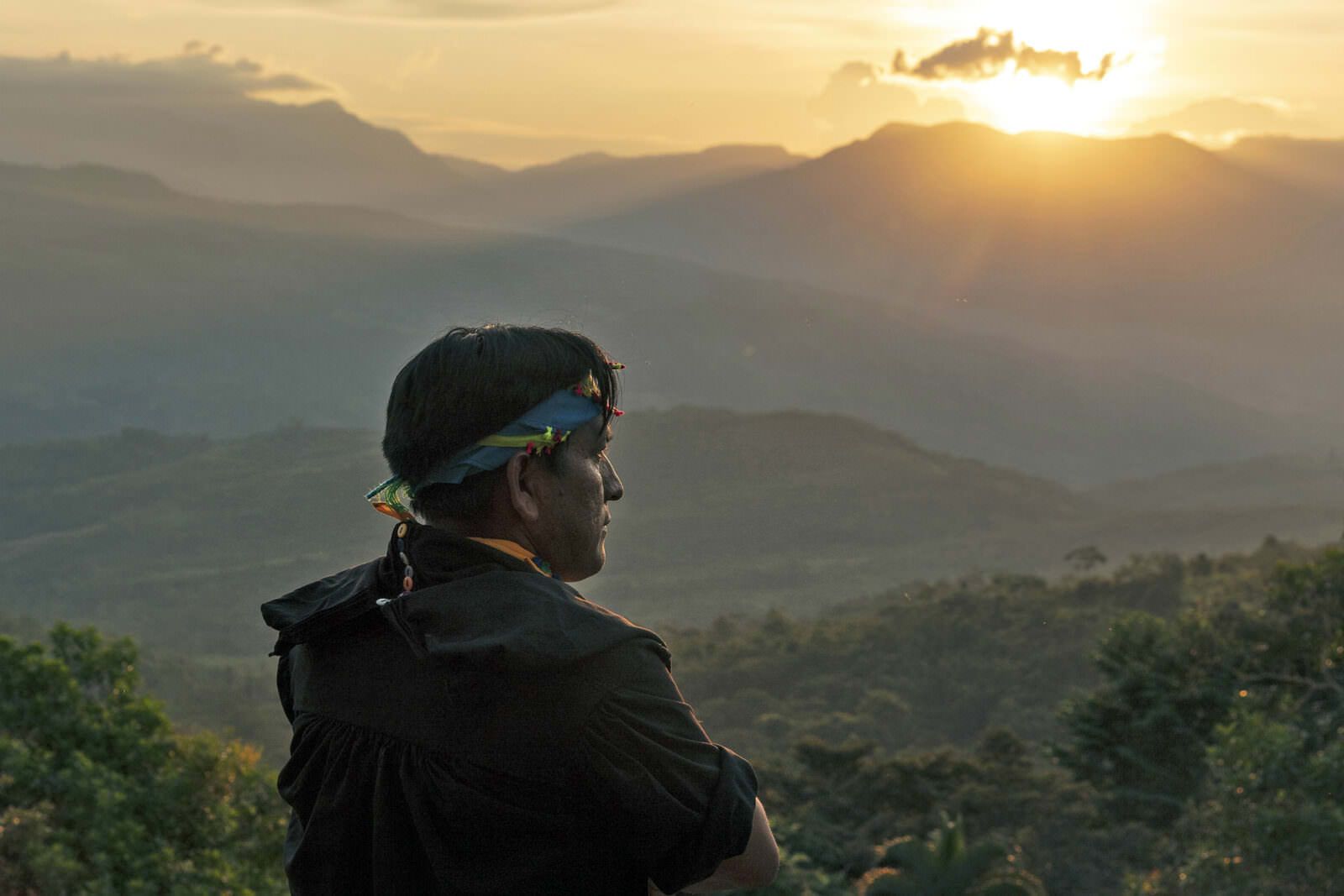 Indigenous and local communities manage almost a quarter of the world’s lands—and that means they care for an astonishing 80 percent of Earth’s biodiversity.

And no one stewards the land better: Research shows that Indigenous peoples achieve conservation results at least equal to those of government-run protected areas—with a fraction of the budget. Another study shows that from 2000 to 2012, the annual deforestation rates inside tenured Indigenous forestlands across the Amazon were 2-3 times lower than outside of them. The message is clear: Indigenous peoples know best how to protect forests.

The Rainforest Alliance has long worked to support—and learn from—Indigenous and local conservation efforts. We have partnered with Indigenous communities from the Amazon to Indonesia to help build local businesses that are rooted in Indigenous values and traditions, and linked to the the global marketplace. With thriving local economies, communities can better withstand the threats to their way of life and the health of their land.

Indigenous peoples and their forests under threat

As effective as Indigenous people are at protecting forests, they and their rights are frequently under assault. When Jair Bolsonaro was elected president of Brazil in January 2019, he encouraged interlopers—loggers and miners–to illegally seize indigenous lands. In July, heavily armed miners dressed in military fatigues invaded the Wajapi Indigenous community in remote northern Brazil and fatally stabbed its leader. That horrifying attack came as infernos began to tear through the Brazilian Amazon. According to the Monitoring of the Andean Amazon Project (MAAP), the fires started when farmers and miners set ablaze areas they had deforested earlier in the year—at Bolsonaro’s urging. The number of fires in Brazil increased 84 percent over the same period the previous year.

At the peak of the fire crisis the Rainforest Alliance raised more than $700,000 that we donated directly to frontline groups in the Amazon. More recently, the Rainforest Alliance partnered with No Peace Without Justice to present Amazonia Beyond the Crisis, a gathering of Indigenous leaders, business leaders, NGO representatives, and scientists, held in New York City in conjunction with the Global Climate Strike in September 2019. “Now is the time to bring together all this knowledge—the knowledge that scientists, scholars, and indigenous people have.” said Maurício Yukuana, director of Asociación Hutukara Yanomami, Brasil. “Now is the time to unite this alliance, because we can’t move forward with politicians.”

The Rainforest Alliance’s partnerships with Indigenous communities are critical to all our people-centered conservation work. In 2017, we signed a landmark agreement with COICA, the umbrella organization for indigenous federations across the Amazon, to build indigenous economies. In Madre de Dios, Peru, we worked with communities that, with our support and market linkages, were able in 2015 to export more than 4,000 metric tons of shelled Brazil nuts, a value of US $31 million. This year we supported indigenous Maya women in Mexico launching a sustainable furniture business, as part of our role as executing agency for an innovative World Bank financing initiative that puts decision-making in the hands of indigenous representatives.

Protecting the rights of Indigenous and local communities, and strengthening their economies, is not just the right thing to do—it’s the smart thing to do. Indigenous people take care of forests better than anyone in the world, and we all need forests to slow climate change. Uyunkar Domingo Peas, of Ecuador’s Achuar people, and representative for the Confederation of Indigenous Nations of the Ecuadorian Amazon reminds us: “Planet Earth doesn’t need us. We need it.

Our Mission to Protect the World’s Forests

Shaping Human Rights and Environmental Policy for a Sustainable Future

Why Our Forests Are Burning