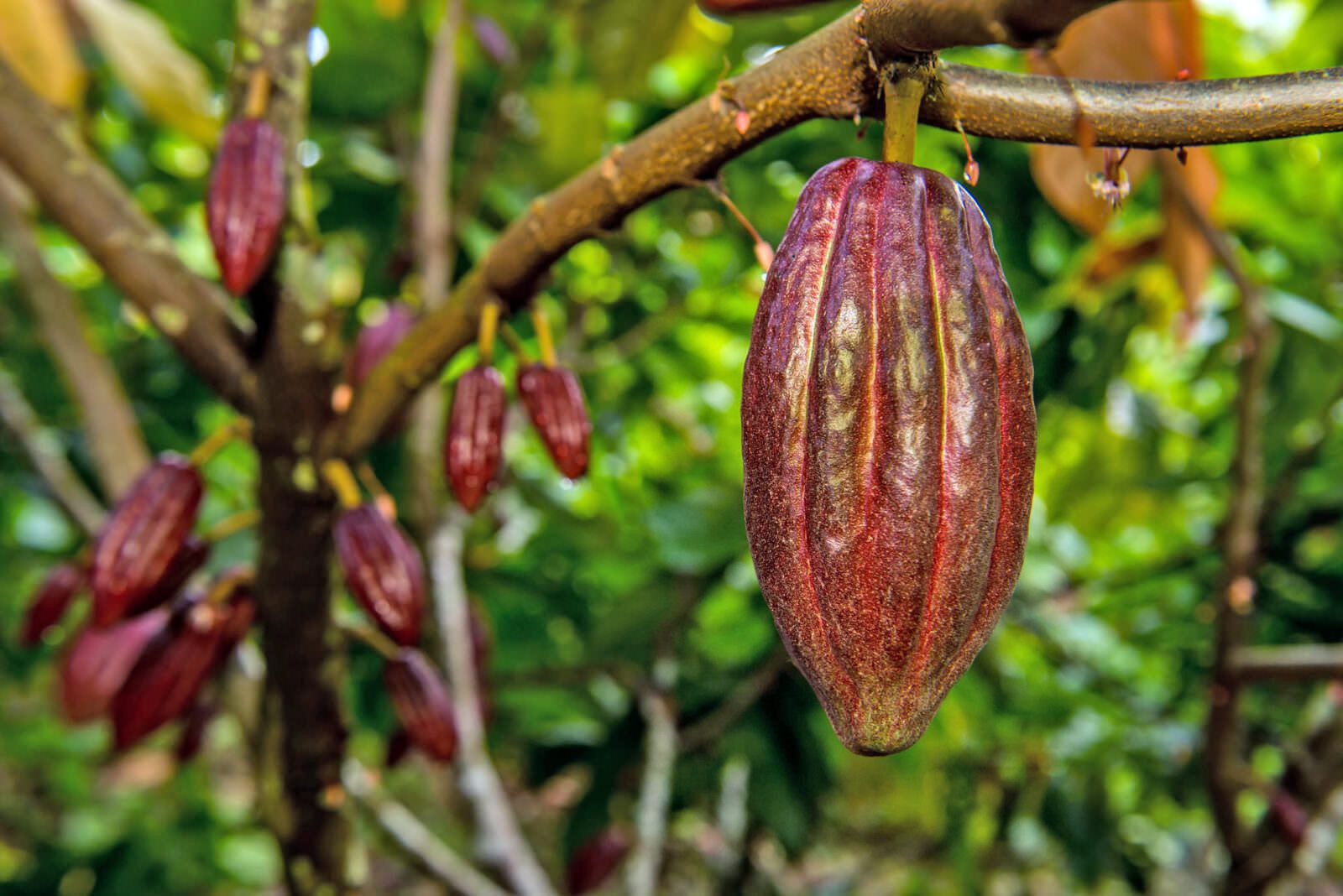 Côte d’Ivoire’s Taï National Park, the last remaining primary rainforest in West Africa, is an ecological treasure. But extreme poverty, along with a lack of knowledge about sustainable farming methods, have led some local cocoa-growers to expand into the park.

Now, however, six communities on the park’s southern edge have banded together, with guidance from the Rainforest Alliance, to form a land management board (LMB) focused on improving local livelihoods while protecting and improving this precious landscape—and halting encroachment on the rainforest. Six cocoa-farming communities—Diaoudi, Beoué, Djouroutou, Poutou, Youkou and Petit-Grabo—are participating in a three-year program, supported by the Darwin Initiative through UK government funding, to launch the LMB. Governmental organizations such as OIPR (Office Ivoirien des Parcs et Réserves), and the SODEFOR (Société de Développement des Forêts), as well as Olam International, have joined the effort. Mitsubishi Corporation Fund for Europe and Africa (MCFEA) has supported additional programs to help the communities sustain responsible and profitable practices over the long term.

Cocoa farmers, traditional community leaders, and importantly, women (who are customarily excluded from decision-making) participated in early meetings on the LMB. Each village then selected two representatives to join a central committee, which worked together to draft an LMB action plan. The plan prioritizes local concerns, such as bad road conditions, which makes transporting cocoa to market difficult. Another concern was generating income from sources other than cocoa production. The LMB plan addresses these issues in the context of stopping forest encroachment and improving local incomes.

The work to establish the LMB made an explicit effort to include women, who represent 68 percent of the labor force on cocoa farms in Côte d’Ivoire but own only 25 percent of the farms. In addition to appointing 12 women to the central committee, the LMB launched women-run bee-keeping enterprises and chicken farms—providing an important boost to both family incomes and women’s empowerment. Studies show that the well-being of children in cocoa communities is directly connected to the well-being of women, and that furthermore, women can play an important role in promoting conservation in these communities.

In just two years, more than 500 farmers in Côte d’Ivoire have participated in agroforestry trainings and received a total of 40,000 disease-resistant hybrid cocoa plants. Farmers planted these, along with shade trees, on their farms, motivated by their new understanding of agroforestry’s many benefits, like improved soils. Farmers who attended farmer field schools, trainings, and coaching sessions also learned that Côte d’ Ivoire’s forestry code now allows them to own the trees on their farms, a change that encourages farmers to plant non-cocoa trees, which can provide shade to cocoa plants as well as produce fruit to eat and sell. In addition, farmers learned climate-smart agriculture practices, ways to improve soil health, effective sanitation practices, rehabilitation pruning, and integrated pest management techniques.

The Rainforest Alliance is also working with OIPR, the local governmental agency in charge of the protection of parks and reserves, to raise awareness of the benefits of conservation and responsible farming. As part of these efforts, workshops held throughout the communities shared information with a total of 1,200 people. Two radio programs about responsible farming reached 2,400 community members. Awareness-raising workshops in villages and schools will continue this year with SODEFOR, the local governmental agency in charge of forest protection.

Going forward, the LMB will continue build on this critical work to protect and regenerate the magnificent landscape that sustains the communities on the southern edge of Côte d’Ivoire’s Taï National Park.