Home » In the Field » Community: The Secret to Stopping Deforestation in Guatemala

Community: The Secret to Stopping Deforestation in Guatemala 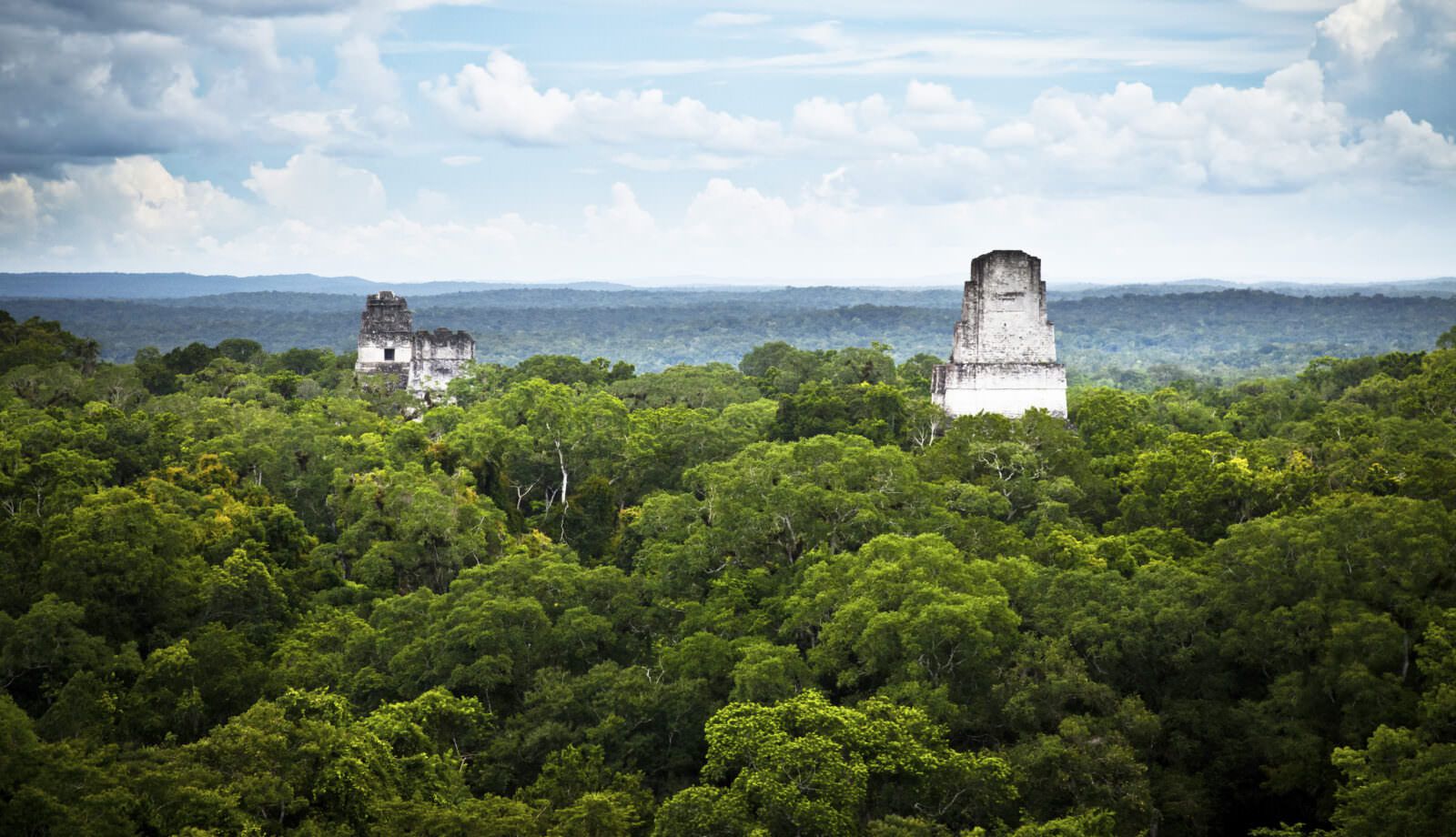 Ancient Tikal ruins peek out from the forest in Guatemala.

But the MBR is not your typical protected area. Rather than a single expanse of state-controlled land, the reserve is a network of more than two dozen different management units, 10 of which are community forest concessions. What that means, in plain language, is that the Guatemalan government has granted these 10 communities the right to make a living from the forest, as long as they do so sustainably. The Rainforest Alliance began working with the concessions in 1999, helping to build businesses based on tree nuts and palm fronds, as well as on timber extracted according to the rigorous standard of the Forest Stewardship Council.

Does community forestry work as a conservation strategy? Let’s put it this way: the forest concessions of the Maya Biosphere Reserve have boasted a near-zero deforestation rate for 20 years.

This approach, called community forestry, is founded on the idea that people who make their living from the forest have a strong incentive to protect it. Does community forestry work as a conservation strategy? Let’s put it this way: The nine original, active concessions have boasted a near-zero deforestation rate for 20 years—a remarkable feat given that areas directly adjacent suffer some of the highest deforestation rates in the Americas. In fact, these concessions have protected the forest much better than most of the MBR’s units dedicated to strict protection. The MBR’s Laguna del Tigre National Park, for example, has been heavily deforested for large-scale livestock operations, many of which are tied to drug trafficking and organized crime. Moreover, only two percent of the reserve’s total fires happen in the communities.

These stunning conservation successes have only been possible because the people who live in the concessions have built—with our support—robust local economies. More than 100 forest businesses created 12,000 jobs, with many leadership positions for women and benefits fanning out to more than 45,000 people between 2013 and 2021. Furthermore, during the same period, these forest businesses generated $69.6M total sales. Poverty rates in the concessions are significantly lower than in other parts of Guatemala, making outmigration from the concession communities virtually unheard of—a noteworthy fact given that in general, the rate of Guatemalans migrating to the US is high and rising.

“Before, we didn’t place any value on the ramón nut; it grew in the forest and that’s where it stayed,” says Grecia Magdalena López, president of the Ramón Nut Value Chain Committee, based in the Uaxactún concession.

It wasn’t until the Rainforest Alliance held trainings (with logistical support from the Association of Forest Communities of Petén (ACOFOP)) in 2012 that López, along with women from seven communities in the region, learned to process the nutrient-rich ramón nut into flour, which fetches a higher price than the raw nuts. At home, the women use the flour to make tamales and baked goods that they can sell or feed to their families.

At the trainings, the women also learned to organize themselves so they could negotiate better prices. Now the Ramón Nut Value Chain Committee—made up entirely of women—works as a group to boost incomes and share resources. Since coming together, the women have been able to negotiate a price for ramón nuts almost four times higher than what they were getting individually.

Another women-led business in Uaxactún harvests and sells xate, the fern-like plant that adorns floral bouquets and Palm Sunday church services. (More than 30 million xate fronds are exported to the US and Canada each year for Palm Sunday alone.) “It wasn’t easy to convince the husbands to let their wives work at first, but we succeeded,” says Ana Elizabeth Centeno, who once ran the xate shop before moving on to manage her community’s social benefits. “I’m so happy to see how many women now can put a little money in their purses.”

In order to win and maintain a forestry concession here in the MBR, the government requires Forest Stewardship Council (FSC) certification. That means that the forestry enterprises in the concessions follow sound principles of sustainable forest management. For example, they harvest just one tree per hectare every forty years, based on annual plans that prescribe which trees are to be harvested, which will be left to harvest in the future, and which will be protected as seed trees. As a result of this careful management, net forest gain equaling 695 American football fields was found on five concessions in 2017.

Historically, timber harvesting in Guatemala focused heavily on mahogany (Swietenia macrophylla) and Spanish cedar (Cedrela odorata), both of which still make up the bulk of harvest volume and forest profits. But the concessions have been working to diversify production, and sharp increases in demand for lesser-utilized timber species like santa maría (Callophylum brasiliense), pucté (Bucida buceras), and machiche (Lonchocarpus castilloi), among others, is helping. Uaxactún also sells its timber directly to US guitar makers and other businesses. Lumber sales have paid for the construction of a school in the community and scholarships for studying abroad.

The Rainforest Alliance’s work in the MBR is emblematic of one of our key strategies for conserving forests. For more than a decade, we have been on the forefront of the community forestry movement, working all over the world, particularly in Mexico and Guatemala, to promote and support this model—all to build a better future for people and nature.

One only has to look to the overall health of the concession communities here in the MBR to see what a better future can look like, says the Rainforest Alliance’s José Román Carrera, who helped establish the reserve in the 1990s while working for Guatemala’s National Council of Protected Areas (CONAP). “When you go to one of these communities and you see women integrated into timber and non-timber production and also in the leadership of these enterprises, when you see teenagers becoming professionals—teachers, nurses, technicians—you have faith,” he says. “I’m totally convinced that the community forest concession system works.”