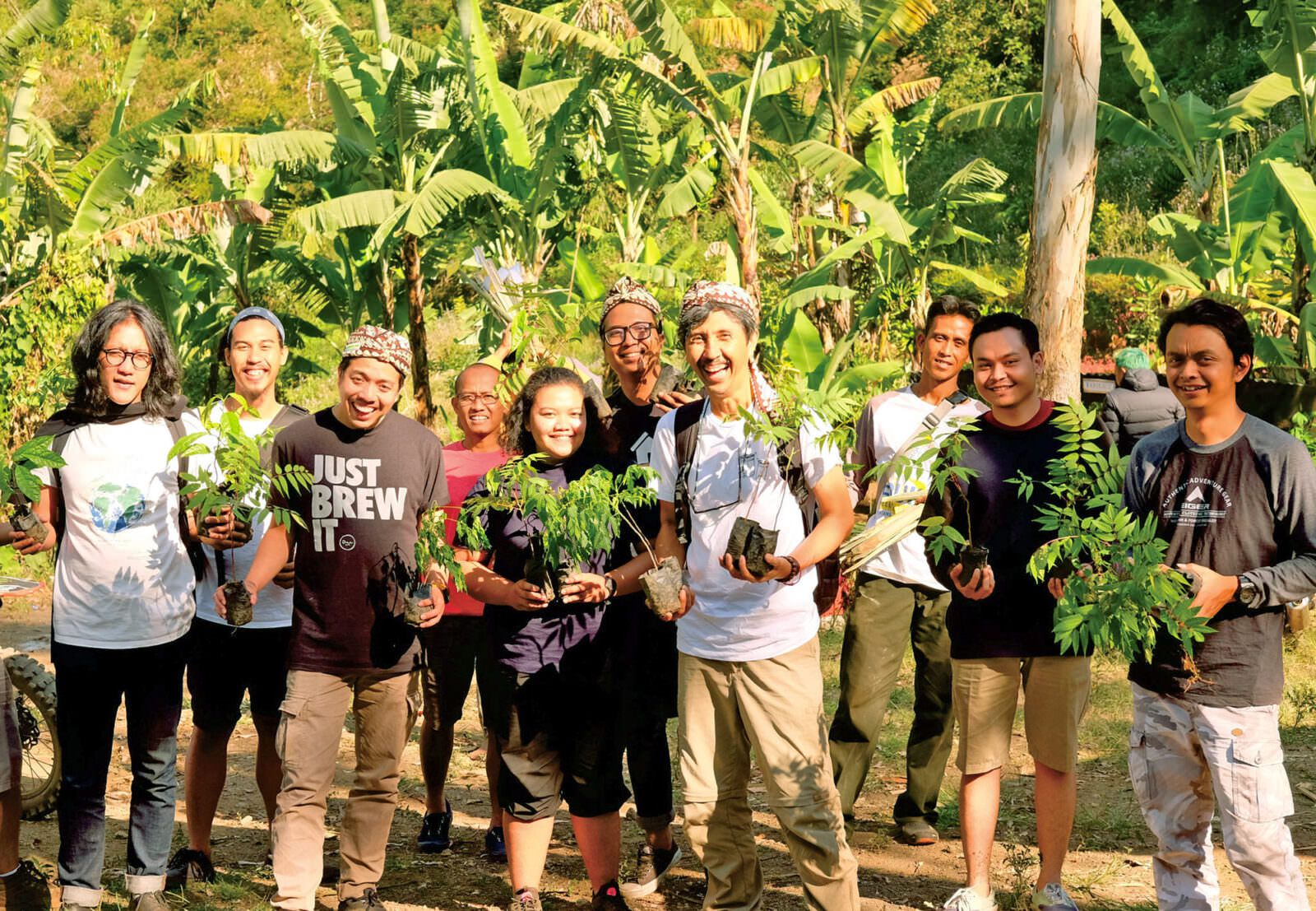 When heavy rains sent massive amounts of mud sliding down the Mandalawangi mountain in West Java, Indonesia, a tailor named Aditya—along with many other locals—rushed to the affected village to try to help. But the sheer volume of earth that had come crashing down made recovery difficult. “Several of my relatives passed away that September day in 2004,” Aditya recalls sadly.

Soon Aditya and his neighbors would learn what was to blame for this tragedy: deforestation. Without trees and foliage to hold down the soil, the once-beautiful and treasured mountain had become a threat to their very lives. And that’s when an inspired few decided to take action.

At first the small group—among them a musician, a taxi driver, a fisherman, and Aditya, a tailor—began working as volunteers, planting native seedlings and informing their community about the benefits of conservation.

Then in 2009, they formed the Klasik Beans coffee cooperative, focusing on agroforestry as a means of earning money while also improving the landscape. The cooperative has achieved such impressive conservation, social, and economic successes that it won the 2019 Rainforest Alliance Community Leadership Award.

Members also reforest critical areas and encourage young people to take up sustainable coffee farming rather than migrating to urban centers. And now some of the younger farmers are taking the cooperative’s mission beyond the limits of the immediate community, educating neighboring villages about the dangers of deforestation and the benefits of agroforestry.

“It’s incredible,” Klasik Beans board member Dadang Suparman says. “By preserving nature, we maintain our human spirit—the spirit where we as humans are equal with nature.”