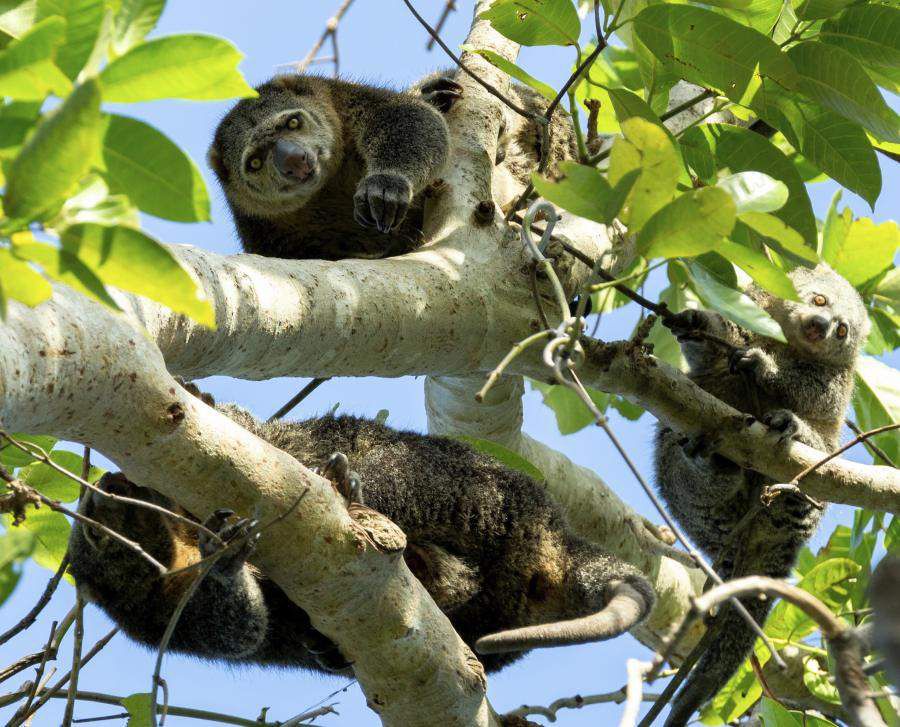 On the southern tip of Indonesia’s Sulawesi Island, one of the world’s biodiversity hot spots, the fertile earth of the Bantaeng region provides thousands of smallholder cocoa farmers with their livelihoods. As part of a landscape-level conservation effort,the Rainforest Alliance has trained more than 1,500 Bantaeng farmers in methods that nourish soil health, protect nearby forests and waterways,and boost yields—thereby alleviating the economic desperation that fuels deforestation.

This training has been vital for farmers facing the typical boom-and-bust cycle of the cocoa crop, which leaves cocoa trees susceptible to disease and desperate farmers with little recourse other than to cut them down. The loss of cocoa trees, which flourish in the shade of native trees, hurts South Sulawesi’s critically important rainforest ecosystem.

Farmers had been killing the endangered cuscus because they thought the marsupials were eating their cocoa crops. Farmers stopped killing them after learning in the training that not only were the cuscus protected by the Indonesian government, they had not been eating the cocoa after all.

“When cocoa trees stop producing, of course the farmers are going to cut them down and change their crops. They need to make money,” says Rainforest Alliance trainer Mia Tahiruddin. “But this hurts everyone in the long run.”

In our training sessions, farmers learn methods designed to protect soil health and biodiversity: pruning trees, manual weeding, composting, making organic fertilizers, and protecting native shade trees. As a result, they’ve increased the productivity of the trees, increased the quality of their crop, and earned Rainforest Alliance certification to attract international buyers who are committed to sourcing sustainably-produced cocoa. In just a few short years, the farmers we work with have not only increased the productivity of their farms, they have changed their very relationship with the land.

“Many things are changing since the Rainforest Alliance project began. Not only are we learning better farming techniques, we are starting to learn to take care of our environment. We are inspired to reduce our use of agrochemicals on our farms, and we’re trying to live side-by-side with nature,” says Pak Burhani, a 35-year-old cocoa farmer. “We must think of nature and of future generations, not just our present needs, before cutting down trees.”

This broader paradigm shift includes a new awareness of endemic species, thanks to special attention given to this topic in the training. During Tahiruddin’s travels across the area, she noticed that farmers had been killing the endangered cuscus because they thought the marsupials were eating their cocoa crops. Farmers stopped killing them after learning in the training that not only were the cuscus protected by the Indonesian government, they had not been eating the cocoa after all.

It was the rats.