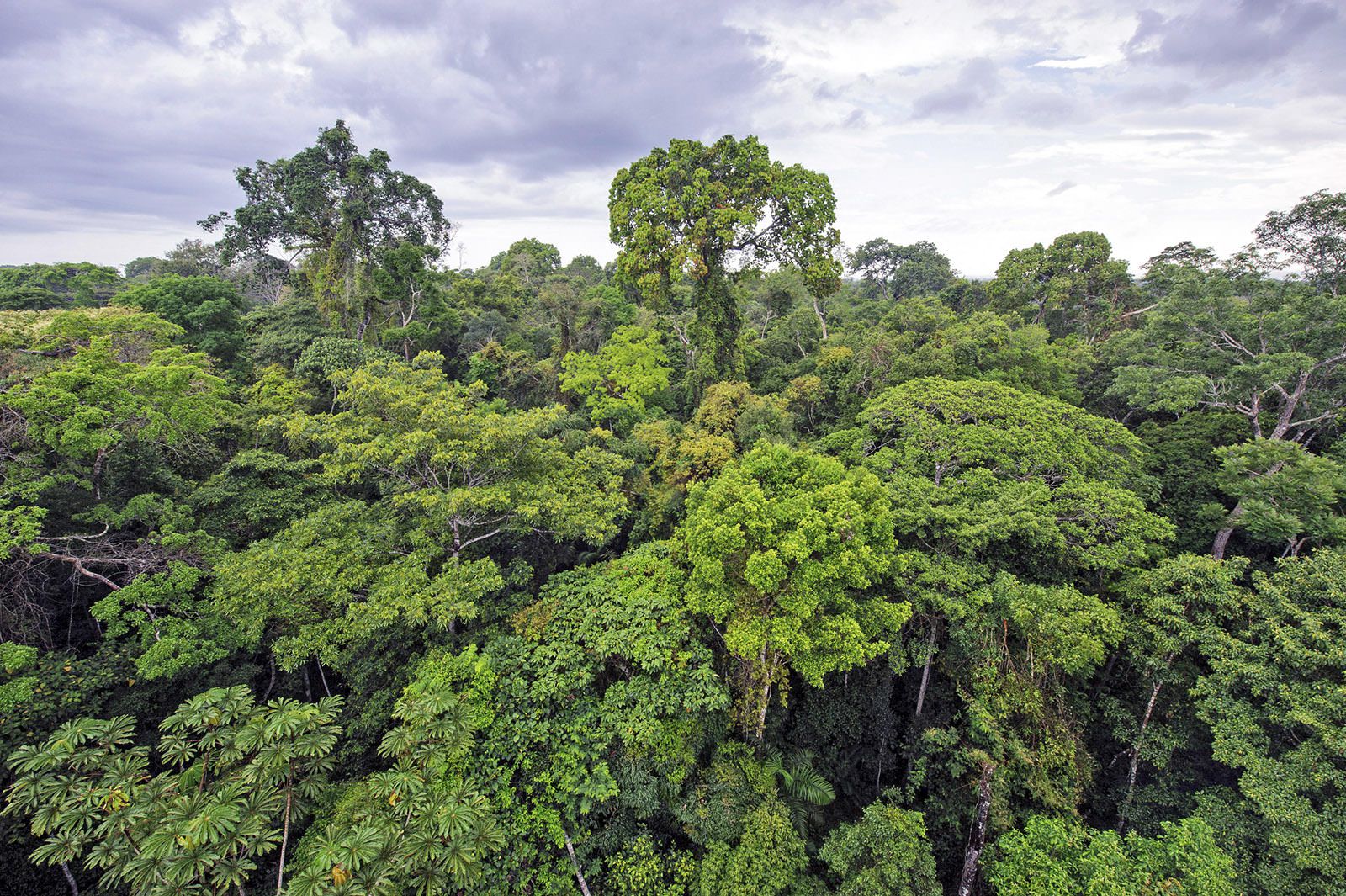 Scientists estimate that we have about a decade to dramatically cut greenhouse gas emissions if we hope to stave off a global climate collapse. If the situation sounds dire, that’s because it is. Luckily, however, nature has given us a great ally in the effort to slow climate change: forests.

In recent years, scientists and climate policy experts alike have confirmed that saving and restoring forests—especially tropical forests—are essential to warding off the worst effects of global warming. But how exactly do forests affect climate change? How do they cool the planet? And what is their true potential as a natural climate solution?

It’s worth revisiting a lesson many of us learned in school: Trees absorb carbon dioxide as they grow through the process of photosynthesis, converting it into the oxygen we all need to live. In fact, there is no greater carbon-capture technology than photosynthesis—which happens to be both highly efficient—and free.

In recent years, scientists and policymakers have worked to build public awareness of how deforestation drives global warming: When a tree is cut down, not only is its efficient carbon-storage potential lost, but all the carbon that was stored in the tree is released into the atmosphere—either quickly, as when forests are burned, or more slowly, as the debris from razed forests decomposes. Keeping forests intact is therefore a no-brainer in the fight against climate change.

Tropical rainforests do it better

While all forests have climate-cooling superpowers, tropical forests trap larger amounts of carbon dioxide and evaporate more water. In doing so, they produce that thick (and beautifully dramatic) cloud cover that reflects sunlight back to space. “Tropical forests are like Earth’s air conditioner,” Ken Caldeira of the Carnegie Institution of Washington has said.

In the Amazon, rains begin two to three months before seasonal winds start to bring in moist air from the ocean. But until recently, researchers didn’t know for sure where that early moisture came from. The answer? Trees! Rong Fu, a climate scientist at the University of California, Los Angeles, and her colleagues, were able to prove that transpiration—a process by which plants and trees release water vapor from pores on the underside of their leaves—was creating clouds over the Amazon. There’s more: As these clouds release rain, they warm the atmosphere, causing air to rise and triggering circulation. Fu and her colleagues believe that this circulation is what shifts wind patterns to bring in more moisture from the ocean. Protecting tropical forests, therefore, helps fight climate change and prevents drought, too.

Preventing forest loss is only part of the climate solution. Expanding forests could actually provide significant cooling gains against our ticking climate clock. In a recent study published in the journal Science, researchers at ETH Zurich concluded that the planet could support nearly 2.5 billion additional acres of forest without shrinking our cities and farms. Those additional trees, the report said, could store a whole lot of the extra carbon — 200 gigatons of carbon, to be precise — generated by industrial activity over the last 150 years. That’s two-thirds of all human-made carbon emissions. The results of the study led co-author Thomas Crowther to describe a global, large-scale reforestation as “the top climate solution,” one that is “more vastly powerful than anyone every expected.” In other words, we need to both protect standing forests and plant as many new ones as possible—fast.