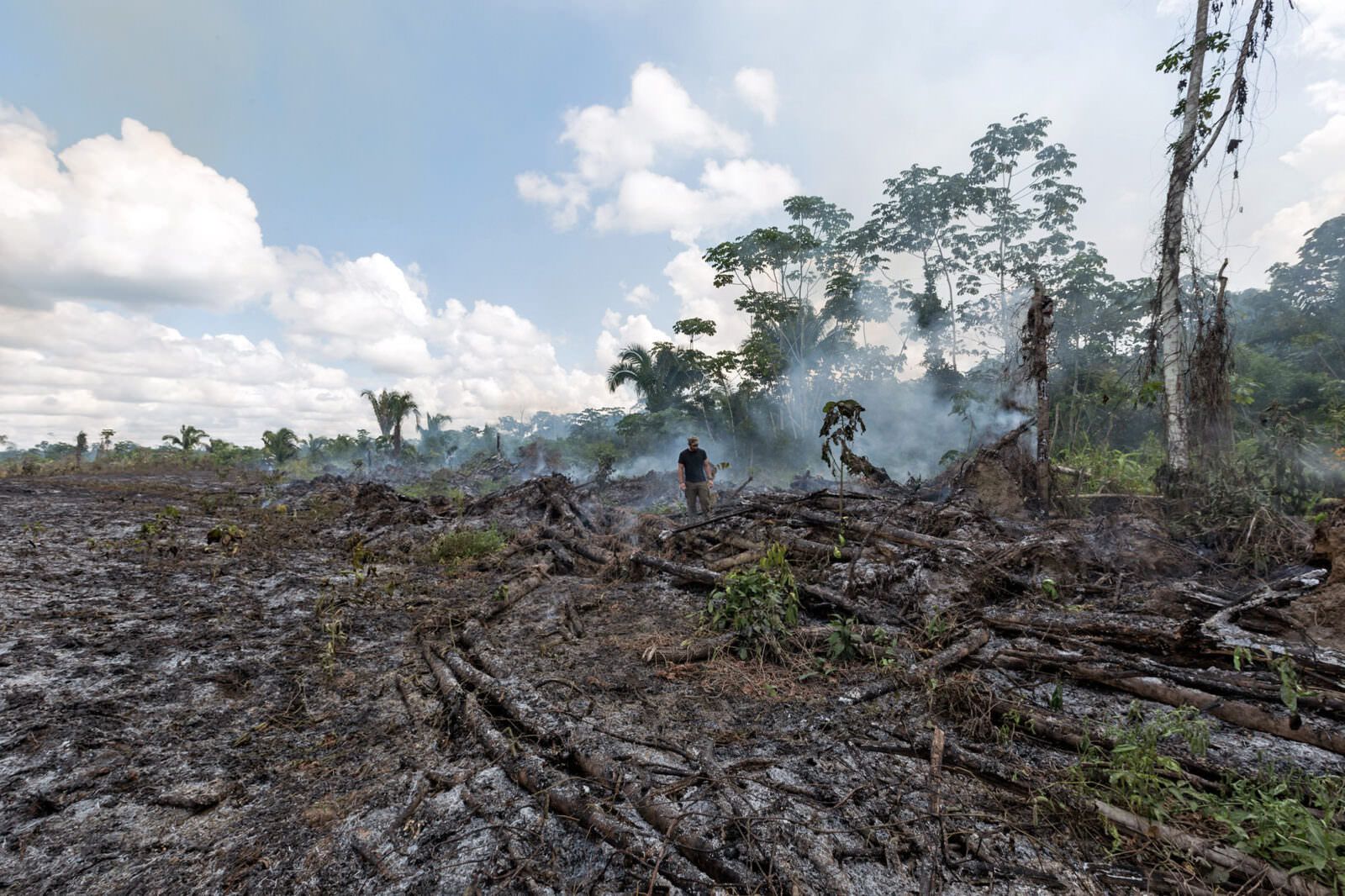 In response to the horrific surge of forest fires in the Amazon, we are mobilizing our broad network of partners to fight the ongoing destruction of this precious ecosystem. Following a staggering increase in fires this year, with flames and smoke captured on both NASA and NOAA satellites from space, it’s clear the world must stand together to stop ongoing threats to the Amazon, which is vital to the world’s climate stability.

We are working to leverage our longstanding relationships in the public and private sectors to pressure the Brazilian government to reinstate the environmental enforcement that is essential to defending the Amazon against illegal logging, destructive slash-and-burn agriculture, and other existential threats. In addition, we have pledged to redirect 100% of the funds donated in August and September via Instagram to frontline groups in the Brazilian Amazon, including the Brazil chapter of our Indigenous federation partner COICA and our longtime sustainable agriculture partner IMAFLORA (the other groups are the Instituto Socioambiental, Instituto de Pesquisa Ambiental da Amazônia (IPAM), Saúde e Alegria, and Imazon, Brazilian NGOs working to defend the Amazon and advance Indigenous rights).

Why: the Scientific and Social Context

According to the Brazilian National Institute for Space Research (INPE), satellite data has shown an 84 per cent increase in fires compared to the same period in 2018. The space agency reports its satellite data has detected more than 72,000 fires since January 2019.

The fires are caused in part by farmers clearing land to expand agriculture—natural fires in the Amazon are very rare due to the tropical humid climate of the region (although they are indeed increasing as a consequence of global warming). Deforestation in the Brazilian Amazon is the result of many different actions, including agricultural expansion (mainly for beef production), but also illegal logging, mining, land speculation, urban development, and more. Because of complex factors—including international trade, financing, and policy decisions by the new government that have crippled environmental enforcement agencies—deforestation in the region has surged.

The Amazon is the largest, most biodiverse forest in the world and is indisputably one of the world’s greatest natural climate solutions due to its key role in global climate, as well as a critical source of freshwater. It is also vital to global rainfall patterns.

Protecting the Amazon—and all the world’s forests—ensures they can continue to provide these essential functions. While climate stability and carbon sequestration are key, forests also produce oxygen, filter water, and support biodiversity. We all depend on forests to provide clean air, clean water, and medicines, and at least 1.6 billion people rely on forests directly for their livelihoods.

The Rainforest Alliance’s Commitment to Help

It is essential that further destruction to the Amazon is halted and eventually reversed. We are working with our partners in Brazil and around the world to pressure the Brazilian government to conserve the Amazon in a way that supports people and nature. Regulations on deforestation in Brazil must remain in place and must be enforced.

Protecting the Amazon, like any forest, is only as successful as the efforts of all those who touch the forest in any way. Businesses, local and indigenous communities, NGOs, civil society, and governments must work toward the common goal of protecting the Amazon. Policy makers must create and enforce effective regulations and incentives to prevent deforestation, foster the reforestation of degraded lands, and support the sustainable management of standing forests in the fight against climate change.

As a result of our broad network of partners across the public and private sectors, we are working on a multifaceted response to this crisis. This includes intensifying our ongoing advisory work with multi-national companies seeking to eliminate deforestation from their supply chains, the advancement of the Accountability Framework Initiative to provide a roadmap and concrete benchmarks for those companies, and calling for regulation within the EU and other policy arenas to ensure people, nature, and business can advance effective sustainability solutions. These, along with financial support for frontline groups fighting deforestation in the Brazilian Amazon, are all measures that the Rainforest Alliance is taking in response to the crisis.

Although global attention is now focused on the Brazilian Amazon, it is important to note that manmade forest fires are an ongoing phenomenon that threatens tropical forests around the world, from the Amazon and Indonesia to Guatemala and Mexico. This should be of utmost concern to people around the world, since forests provide a powerful natural climate solutions that, along with better agricultural practices, could deliver up to 37% of the greenhouse gas emissions reductions required between now and 2030 to stabilize global warming below 2°C in a cost-effective manner. Research confirms that natural climate solutions are critical in mitigating climate change, thanks to their carbon sequestering and storage capabilities.

“Through its 30-year history, the Rainforest Alliance has focused on preventing deforestation at the nexus of agriculture and business. Forests, better agricultural practices, and holistic land management are a crucial component to reducing the effects of climate change,” said Han de Groot, CEO of the Rainforest Alliance. “While that certainly means changing land management practices to be more environmentally sustainable, it also must entail a change in how farmers are remunerated for their hard work, the way companies source their ingredients, and what we consume. We need holistic, long-term change.”

“The fires in the Amazon are the result of complicated political, financial, and social factors,” said Henriette Walz, Deforestation Lead for the Rainforest Alliance. “We need continued collaborative effort from governments, companies, and consumers to send a message. We know the links between climate change, deforestation, and human welfare are there. We need to keep moving towards a more sustainable agriculture and land management system and reap the many benefits such a system would provide.”