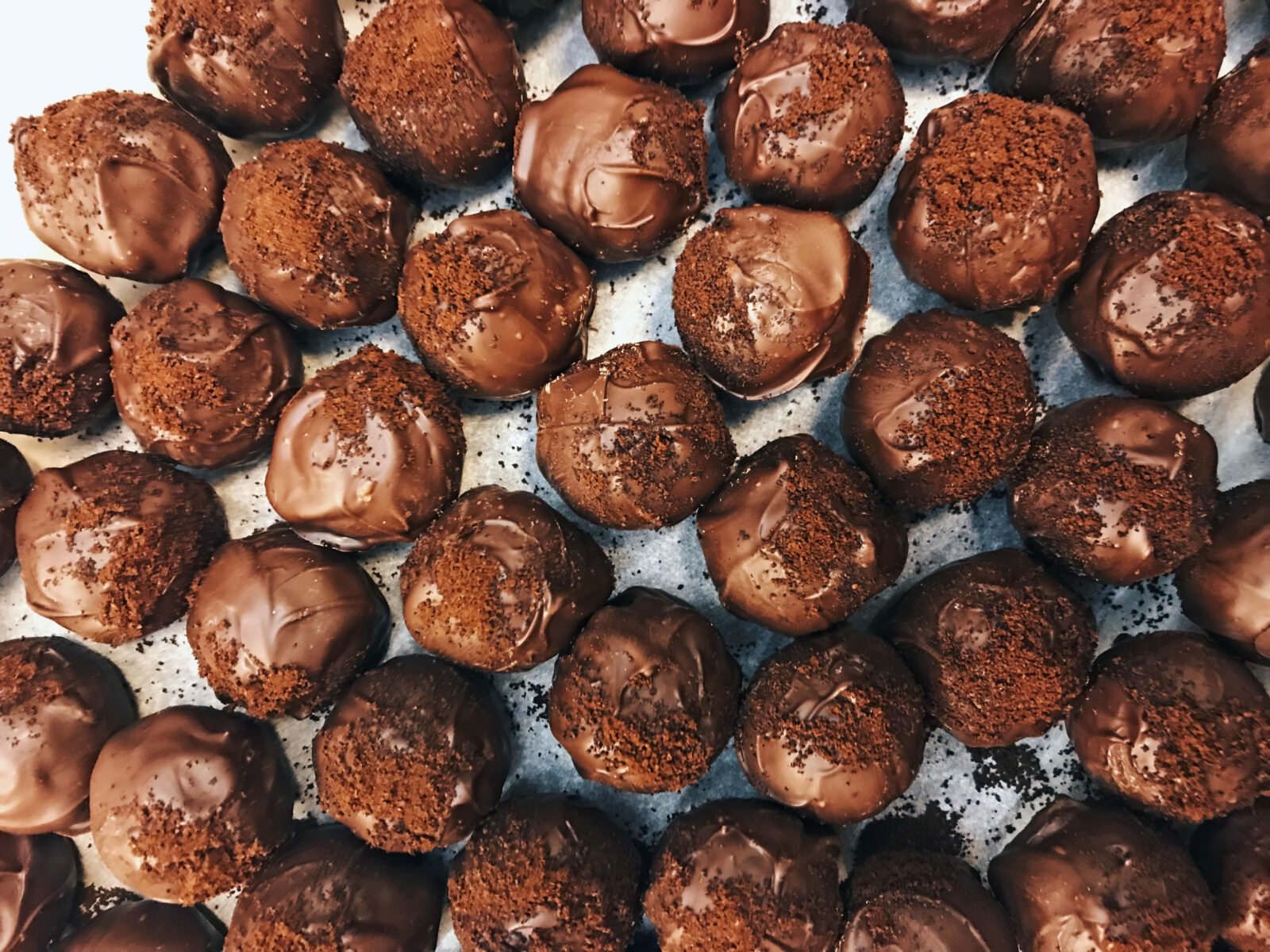 Climate change has already impacted most of us in one way or the other—droughts, wildfires, floods, and unprecedented weather events have wiped out homes and turned lives upside down all over the world. Even if you haven’t experienced anything so dramatic (yet), chances are you’re feeling the pain at the supermarket, as certain foods become harder and harder for farmers to grow amid increasingly chaotic and extreme weather patterns.

Already some farmers are giving up on their crops altogether, turning to other ways to make a living—and that’s likely to keep happening, until some foods become completely unavailable. So which foods will be the first to go? Unfortunately, the foods you’re about to lose to climate change are likely some of your favorites.

Many of us can hardly face a single day without a cup of coffee—much less an entire future. Rising temperatures in coffee-growing regions have caused no end of problems for coffee farmers, and in Latin America particularly, these warmer conditions have caused an insidious fungus, called roya (leaf rust), to spread like wildfire. Given that in Central America and southern Mexico four million people depend on coffee for their incomes, the climate-related roya epidemic is a disaster with far worse consequences than leaving us consumers bleary-eyed.

The Rainforest Alliance works with farmers to outsmart roya using a combination of natural treatments, such as gypsum and lime, as well as other climate-smart agriculture techniques that protect coffee crops and farmer incomes. While roya has hit Latin America particularly hard, climate change is devastating coffee-growing in other places, too. In Africa, for example, the number of regions suitable for growing coffee is predicted to fall anywhere from 65 percent to 100 percent as temperatures rise.

Chocolate may not be essential to our health, but any chocoholic can tell you it’s essential to happiness. But climate change, combined with unsustainable farming techniques, have caused a crisis in cocoa production—in fact some land that once gave rise to plentiful cocoa yields has already been rendered totally unsuitable for this treasured crop. Longer dry seasons and less rainfall, as well as new pests and diseases, have reduced not just yields but quality.

Tea is already the second-most consumed beverage after water—and between a booming population and a growing wellness industry extolling its benefits, this beloved drink is only becoming more popular. But as a crop, tea is highly sensitive to changes in climate, according to a 2018 report penned by FAO’s Intergovernmental Group (IGG) on Tea. Tea can only be produced in narrowly defined agro-ecological conditions—which is a fancy way of saying it can only be grown in very few places, and all those regions are looking at severe climate change impacts in the near future. The

Rainforest Alliance is working with tea farmers all over the world to adapt to climate change, and to slow it down. This beautiful video shows tea farmers we work with in Sri Lanka using methods that protect soil, water, and workers from exposure to dangerous pesticides. The end result is higher crop yields, and therefore less need to expand cropland into the virgin rainforest nearby. That’s good news for tea drinkers and bad news for climate change, since an intact rainforest absorbs emissions that would otherwise seep into the atmosphere and wreak climate havoc.

Did you know that bananas are the single most popular fruit in the world? According to a report issued by the Food and Agriculture Organization (FAO) of the UN, land area suitable for banana-growing will actually increase by 50 percent by the year 2070. So that’s good, right? Not so fast.

While higher temperatures are good for banana crops, they’re not for water, which is needed to grow any crop, including bananas. And since higher temperatures threaten crops that are often grown alongside bananas, like coffee, farmers could end up abandoning both crops when coffee ceases to be profitable.

Then, too, higher temperatures fuel pests and diseases like black leaf streak, which can wipe out banana fields. The Rainforest Alliance has long worked with banana farms to implement sustainable methods. Check out this beautiful Costa Rican banana farm that considers biodiversity one of its best products.

Packed with powerhouse Omega-3 fatty acids, yummy on toast, and the core ingredient of one of life’s essential pleasures, guacamole—what’s not to love about avocados? Only the fact that we are utterly smitten with them and now they’re threatening to pull a vanishing act.

Global consumption of avocados is on the rise, but the fact is, these leather-skinned delights need precisely the opposite of what climate change provides to grow well: temperatures that are not too hot and not too cold. Avocado crops in California have already suffered from heat waves and drought. Mexico, which provides the US with 80 percent of its avocados, is also feeling the effects of extreme temperatures—at the same time, some Mexican avocado farmers, under pressure to keep up with demand, are expanding their cropland by deforesting, which causes emissions that drive climate change. Talk about a vicious cycle!

But last year the Rainforest Alliance certified 900 acres of avocado farms in Jalisco, Mexico—the first avocado certification of any kind in that country—helping to minimize negative environmental impacts and sustain production of this delicious fruit.

What Can You Do?

If the prospect of losing these favorite foods drives you to drink, we have some sad news: Beer and wine are on the short list of foods threatened by climate change, too. Instead of drowning your sorrows, join us in supporting climate-smart agriculture and protecting forests. Buy Rainforest Alliance Certified products, learn about everyday actions you can take to help nature and people live in harmony, or sign up for our 30-Day Sustainability Challenge—but whatever you do, join us! Our alliance needs you.