Home » Insights » Why Our Forests Are Burning

Why Our Forests Are Burning 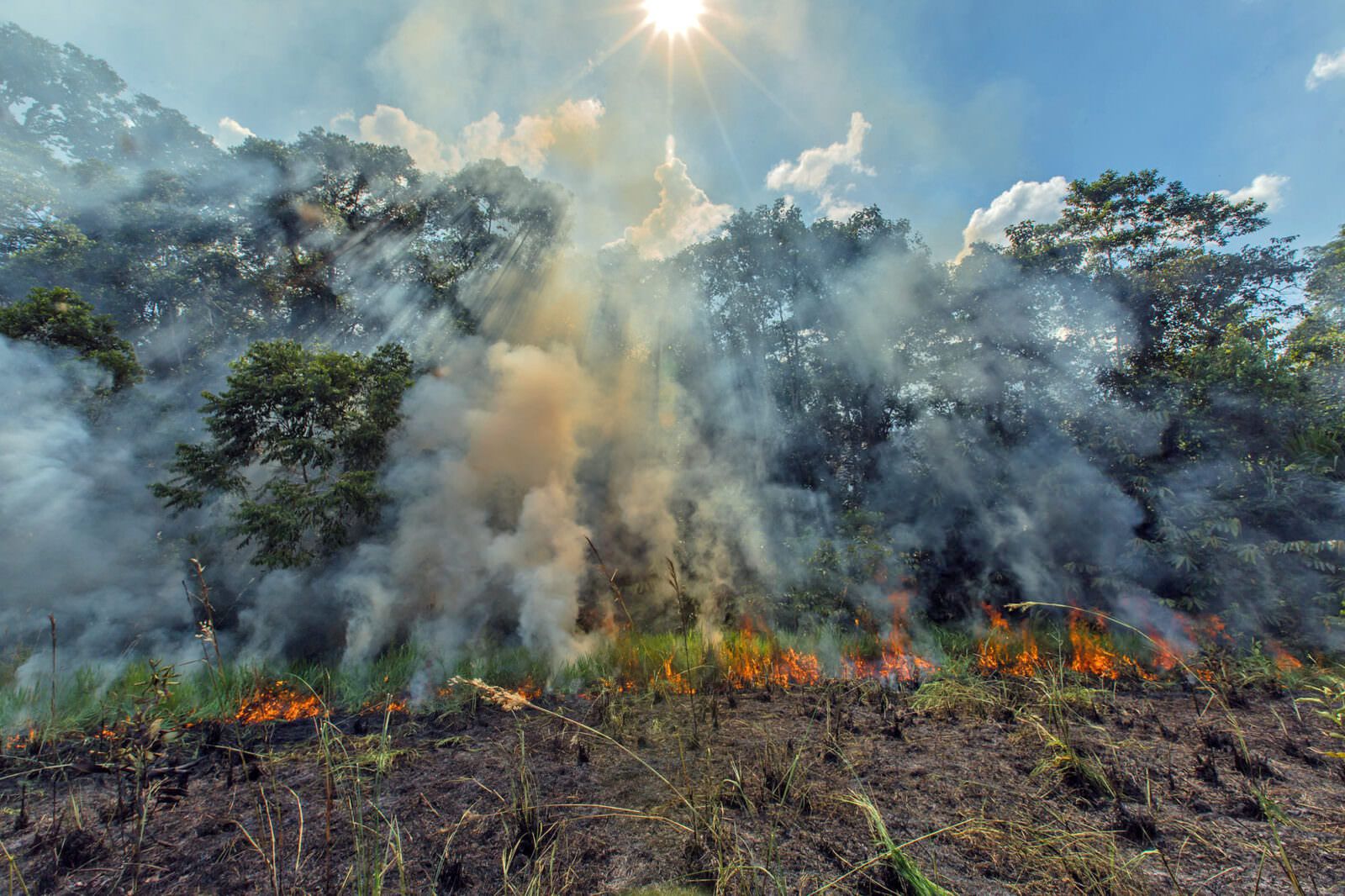 From the Amazon to the Arctic, forests around the world are burning. Over the past few years, we’ve seen catastrophic fires tear across the Brazilian Amazon, imperiling the world’s most biodiverse forest. In Indonesia, annual blazes set to clear land for oil palm plantations are ravaging the ancient rainforests of Kalimantan and Sumatra. Even the frozen lands of Siberia and Alaska have become plagued by unprecedented wildfires. As the global alarm sounds, many are asking why our forests are burning—and who is to blame?

The answer is complex, but at the root of it all: a destructive combination of climate change and reckless land use.

The vast majority of the fires in the Amazon and Indonesia are manmade and intentional—the result of illegal deforestation and clearing of farmland. Wildfires are in fact quite rare in tropical rainforests, due to the high humidity. Even in the dry season, the flora is usually too wet for lightning to spark a blaze or for accidental fires (from a burning campfire or cigarette) to take hold.

Agribusinesses clear vast stretches of pristine, untouched forest to make room for cattle pasture (in Brazil) and cropland (soy in Brazil, palm oil in Indonesia). The cheapest and quickest way to do this in such humid conditions is to cut down the trees and underbrush with chainsaws, let them dry out for a month, and get rid of the debris by burning it.

The damage does not stop there. Large-scale clearing disrupts the very processes that give the rainforest its name—the ability to absorb, store, and recycle water as rainfall. As the soil dries out and tree cover is lost, the forest shifts from being fire-resistant to fire-prone. “This is one of the most traumatic things you can do to an ecosystem,” explained Nigel Sizer, the Rainforest Alliance’s chief program officer. The thin-barked trees of the rainforest have no natural resilience to fire, so the flames simply consume everything in their path.

In Brazil, weakened law enforcement has made things worse. Scientists, NGOs, and many global leaders largely agree that the real crisis is a political one. Beginning in 2005, Brazil had made great strides in combatting deforestation through robust monitoring and alert systems to aid law enforcement. But since President Jair Bolsonaro took office in January this year, his government has fired the country’s top deforestation experts, cut off funding from environmental enforcement agencies, and told his supporters loudly and clearly that the rainforest is open for exploitation.

The worst may be yet to come. The current fires are actually burning in areas that were deforested back in May and June. “Newly deforested areas will still burn in the coming months, warned Ane Alencar, science director and fire expert for our Brazilian frontline partner organization Instituto de Pesquisa Ambiental da Amazônia.

Wildfires are a natural part of many forest ecosystems, often playing a vital role in their life cycle of renewal. The giant redwoods of California, for example, rely on periodic fires (natural or man-made) to clear undergrowth and germinate their seeds.

Throughout the ages, many farming communities around the world have responsibly used controlled burning to manage their lands. Satellite images currently depict fires across vast swaths of forests in Central Africa—but experts note that these are part of a traditional cycle of burning managed by farmers to stimulate new growth in the savanna.

The current climate crisis, however, has multiplied the likelihood of both wildfires and traditional burning cycles spinning quickly out of control. Rising temperatures and extreme heat dry out ecosystems to the point of extreme vulnerability. Alarmingly, the Arctic—which is warming twice as fast as the rest of the planet—saw a dramatic increase in wildfires this summer, from eastern Siberia to Alaska and Greenland.

A tipping point for global warming

The science is unequivocal: we need to act now. Forests, especially tropical forests, are a critical part of the global climate solution. Without their carbon-storing potential, we cannot keep the Earth’s warming in check. This year, scientists announced that the southeastern part of the Amazon has become a net carbon producer—meaning that it is emitting more carbon than it can absorb. For now, other parts of the Amazon remain in balance, but unless there is a sharp reversal in the policies of both Brazil and Bolivia, the rainforest could rapidly reach a point of ecological collapse from which there will be no return—on a timescale that is meaningful for humans. If tree loss passes the 20-25 percent threshold, the entire basin would lose its capacity to absorb carbon dioxide. The land would progressively turn into dry savanna like the neighboring cerrado. As with the thawing of Arctic permafrost, this would release billions of tons of carbon into the atmosphere, accelerating global warming and triggering a vicious cycle of rising temperatures and more fires.

The crisis in the Amazon has been a powerful reminder to the entire world that we absolutely must keep forests standing if we are to stand a chance at stabilizing our climate. Because the causes of forest destruction are so varied and complex, protecting forests requires sustained collaboration and investment. At the Rainforest Alliance, we take a comprehensive, 360-degree approach to stopping deforestation—one that puts communities and livelihoods at its center. From working with companies to build ethical supply chains and advance sustainability policies to boosting rural economies in collaboration with forest communities. Together, we will keep raising our voices for bolder immediate and long-term action from our world leaders to keep our planet’s precious forests intact.